by emilyconrad@sbcglobal.net | Sep 12, 2017 | Emily Conrad, fearfully and wonderfully made, God in creation, You are necessary | 6 comments 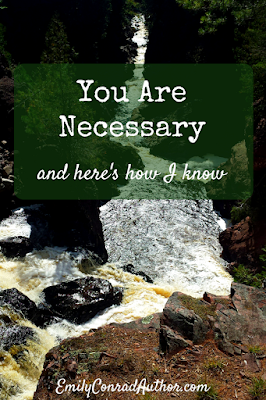 I went to France with a program from my high school. Two other Emilys came, too, and yet another stayed back home. Considering the group couldn’t have been more than twenty of us, that’s a huge percentage of Emilys.

A family moved in next door to mine when I was a child, and their eldest daughter shared both my first and middle name. She also had the same last initial.

Really, how many Emilys does one community need?

Of course, Emily is just a superficial name. Though I have many commonalities with the Emilys I’ve known–first name, nationality, hometown, race, even sometimes religion and hobbies–we each have our own personalities. And so, I’ve come to terms with having a common name.

It’s not quite so easy for me to come to terms with having a common calling.

I’m a writer, and I’m in very good company.

My message of hope in Jesus, though important, isn’t unique. In fact, there’s another Emily that writes a similar message well to a much larger audience than I do.

And so, sometimes, I feel a little bit extra. A little bit unnecessary and not quite significant.

And yet, God has deemed each of us necessary. Before founding the world, God imagined me and you and determined that in this time and in this place, the existence of yet another _________ was just the thing. 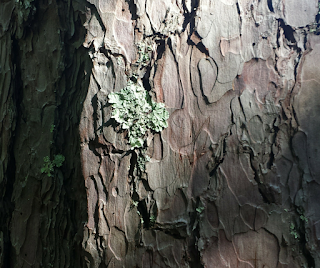 Did you notice the moss growing on the rock in the foreground of the title image? I did because I subscribe to Poets.org’s Poem-a-Day emails, and last week, they sent out this gem: “Fungus on Fallen Alder at Lookout Creek” by Ellen Bass. (On my screen, I had to scroll where there is no visible scroll bar right over the poem to see the final lines, so be aware that using the right hand scroll bar might not show you the end of the poem. The last word is “sweet,” and I wouldn’t want you to miss it!)

The poem extols the artistry of fungus growing on a decaying tree. Though I don’t know the poet’s theology, such detail points, for me, to a Creator. How could such intricacies happen by accident?

And then the poem asks a striking question.

Is moss, so very detailed, necessary?

My eyes lit up with the implications, and when we went hiking up north this weekend, I found myself looking for moss and fungus with new wonder. I started taking pictures of tree bark and mushrooms and metal beams on bridges. 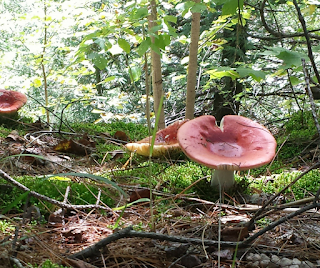 If God went to all the trouble of handcrafting moss and fungus with such detail, doesn’t that mean He deemed it necessary? Doesn’t that mean He takes pleasure in it (Psalm 115:3)? Even if no human eye ever sees most of the moss that grows in the world and even if few of us pause to appreciate, let alone study or write poems celebrating moss, isn’t His joy in it enough to justify its existence?

God could’ve made our world in broad strokes. I wouldn’t have known I was missing anything if the center of sunflowers were plain brown instead of fuzzy disc florets that sprinkle pollen on my dining table like powdered sugar over french toast.

I wouldn’t have known I was missing anything if He had used the same color blend for my skin as for everyone else’s.

But God isn’t a God of broad strokes. Instead, He designed the exact pigment of my skin and hair, He chipped flecks of color in my irises, He placed my freckles and stacked cell upon cell in my body where they will never be seen.

So much detail, all pointing to the intentionality of the Creator. If He does all that He pleases and He took care in creating us, He must have wanted each of us. He deemed us necessary and not only that, because His word also says He loves us. 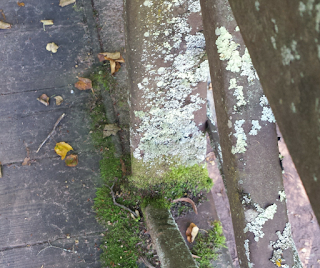 When we’re tempted to think of ourselves as we might think of moss–as redundant, as extra, as insignificant–the detail God poured out into creating each of us tells a different story. Though we may seem like “just another _______,” we aren’t. We’re God’s workmanship, purposefully crafted and placed.

As a creative myself, I’m reminded of my own work of crafting and placing words in order to speak to a particular group of people in this time and place. There are only 26 letters in the alphabet, so we repeat the same ones over and over again in various order to convey a specific meaning and purpose to a specific group of people. Each letter is purposely placed. By arranging them differently, je parle à un groupe de personnes complètement différent. By taking a single letter away, s_me _f the meaning w_uld be l_st _r unclear.

And so, whoever you are, whatever you do, you are necessary. Without me, without you, the world would be like a book missing a word.

Let the details remind you of this. The letters in each word, the words in each sentence, the sentences in each book. The moss that grows on fallen trees, the disc florets of sunflowers, the flecks in your irises.

Whoever you are, whatever you do, you are necessary #fearfullyandwonderfullymade via @emilyrconrad