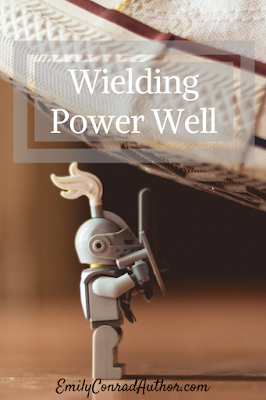 The word power gets my attention, probably because I sometimes feel weak rather than powerful. Don’t even consider the areas of money, politics, and fame. I’m talking about feeling and acting weak in even more pervasive, everyday ways.

I’m talking about weakness in conversations and in relationships, weakness when it comes to speaking truth and sharing light.

Yes, when we’re weak, Jesus is strong—and it’s our very weakness that leads us to rely on Him. And then, in Him, we’re strong. We should have a certain amount of power. Not apart from Christ–understand that–but in and through Him. Yet, sometimes, I let weakness have the final say.

In 1 Corinthians 4, Paul mentions sending Timothy to the church in Corinth and a little later writes, But I will come to you soon, if the Lord is willing, and I will find out not only the talk of these arrogant people, but also their power. For the kingdom of God is demonstrated not in idle talk but with power. (vs 19-20, NET)

What a thing it would be to watch Paul demonstrate the kingdom of God with power.

As a believer today, I wonder where my power is sometimes, why I shrink back, weak and shy, when I ought to speak up or step out.

Maybe part of my hesitance goes back to bad experiences I’ve had with power.

I’ve seen two instances in the past week alone where people in a position of authority spoke criticisms with power. Their experiences and training qualify them to be in those positions of authority and to speak with power, but I also saw their words hurt people.

As I’ve watched the wounded and have been reminded of times when I’ve been hurt this way, I’ve been convicted myself.

I, too, have voiced opinions about other’s work in areas like writing, working, and volunteering where I have some small amount of authority. There’s a time and a place for feedback, but I’ve found it’s extremely easy to trample people’s enthusiasm, passion, and self-esteem in ways I shouldn’t have.

I haven’t known any of what the world would consider “great men,” but on a smaller scale, I’ve seen it play out in my own behavior.

Aware of this, though I want to operate in God’s power, I’m leery of my ability to do so well. I’ve seen too often my tendency to be trapped in one of two extremes: misusing power or not using it at all. 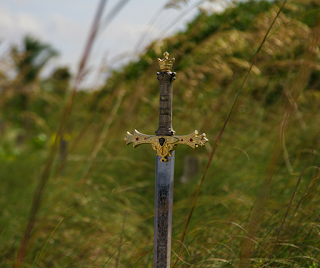 But then, there’s Jesus. Both all-powerful God and man, He lived on earth without being corrupted. As our ultimate example and guide, He must have a way of correctly wielding power that we can practice in our own lives today.

But what is it?

The passage in 1 Corinthians prompted me to go to another verse that involves both Timothy and power, 2 Timothy 1:7: For God did not give us a Spirit of fear but of power and love and self-control.

I’ve thought of 2 Timothy 1:7 as a fear-fighting verse in the past, but today, I’m coming to see it as a power-wielding verse.

When I feel weak or threatened or even plain ol’ lazy, I defensively grasp at whatever power I can. Love and self-control are the first two things I skewer when I wield the sword of power in hands of insecurity and pride. The results are damaging to others and to myself.

God handles power differently than I do, and so it’s no surprise that His exertion of power yields very different results. As shown through the life and death of Jesus, God’s power is held in hands of love and self-control. The results are life-giving. 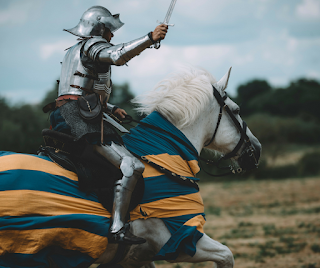 So, the next time I’m called to speak up or act, may it be not only with power but with power and love and self-control.

Love doesn’t skirt the truth, but it does speak patiently and kindly. There is no place in love for arrogance. Love bears all things and lays down its own life for the sake of others. (See 1 Corinthians 13 and John 15:13.)

Self-control doesn’t rush into making proclamations. It takes the time to consider the receiver and one’s own biases, to pray and to ensure that any response is fair and helpful, rather than destructive. (See James 1:19.)

These are the keys to power that doesn’t divide and demean and discourage inappropriately.

When we act in love and self-control, we’re trading our best interests for the interests of others. We’re swapping pride for humility. This frees us to trade insecurity for bravery because, power, when combined with these traits, brings life, encouragement, peace, and restoration.

We would be wise to keep this in mind not only when we’re the ones giving feedback and wielding the power, but when we’re on the receiving end, as well. Just because someone spoke with power doesn’t mean they also used love and self-control. Perhaps there’s still something you can get out of the experience, but be sure to process interactions with Jesus before deciding what next step to take.

Because power on its own? That’s dangerous.

By joining power with love and self-control the way God prescribes, we fortify power against corruption. We turn it into a force of positive transformation.