When We Give God Puppy Dog Eyes

by emilyconrad@sbcglobal.net | Jun 6, 2017 | Emily Conrad, Faith lessons from my dog, waiting with Jesus, When we give God puppy dog eyes | 5 comments 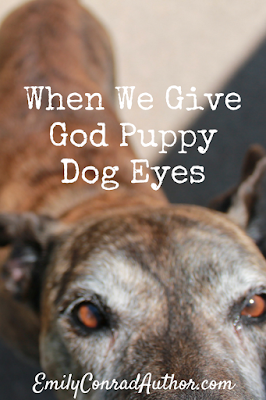 I stop on the sidewalk, and my dog obediently stops next to me.

We look like the perfect pair. He’s so in sync with me, waiting so patiently.

What might not be apparent from across the street or down the block is the way his nose is quivering to sniff out the neighborhood dogs or the way he leans to see around me if I step into his line of sight.

His eye is on the next big thing. He’s not pulling to get there, but that’s all he wants. 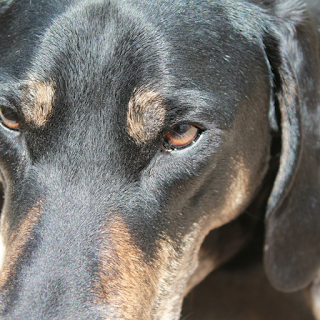 This dog is focused. He’s waiting next to me, he’s waiting for me, but he isn’t waiting with me.

So I keep him there. He’s not watching me, but I’m watching him, and we’re not going to take another step until those adorable brown eyes look up at me. And I don’t just mean a cursory glance at my legs. I’m waiting for eye contact.

Here’s an example. I asked him to sit next to me in our yard. He went one step further and lay down. Good for him! But his priority? Munching on as much grass as he could reach from where I’d put him. (This is my first time including a video like this, so hopefully it works! If not, sorry…)

But I get where the dog’s coming from.

There’s a lot of interesting stuff going on in my world this morning, and my attention is bouncing all over the place.

I’ve had the honor of being asked to lead a discussion in a Facebook group. I’ve never had so many Facebook notifications ping through in one morning!

Plus, there’s the novel I’m drafting. I immersed myself in it over the weekend when my husband was gone and wrote about 7000 words. And then it stalled out. But being that wrapped up in the story for the weekend has left me longing to figure it out and move it along. I want to spend time with these characters more than I want to do pretty much anything else.

But, of course, I have other commitments. I get to write to you. I will need to walk my dogs. Ooops–and I also have to make lunch. Like now. Hang on…

Okay, while the chicken is thawing in the microwave, let’s get real about this waiting thing.

The truth is, sometimes, we wait next to God. We wait for Him to allow us to proceed to the next big thing.

We’ll never get there if He doesn’t allow it. We know this. So we don’t even try to go running ahead. But somewhere in our excitement, we demote God to being a means to an end.

We’ll wait here, but we won’t enjoy Him or use this time to focus on Him.

At the first little forward movement from Him, we spring to our feet and say, “Okay, let’s go! This is what I’ve been waiting for!” when God Himself has been next to us this whole time and is better than anything else that would distract us and draw our attention down the road.

We need to stop waiting next to or for God and start waiting with Him.

When He steps in front of us, let’s stop craning our necks to focus on that goal instead of looking up into His loving face with trust.

Let’s prove willing to follow Him around a corner that seems to be leading us away from that oh-so-interesting thing that’s captured our imagination. 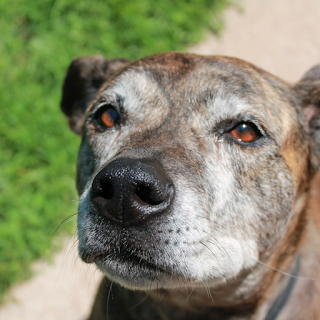 When we give God puppy dog eyes, let’s make sure it’s not a ploy to get our own way. Instead, our eyes should be on Jesus in trust that He’ll give us whatever’s good for us.