When God Turns Hopes Deferred Around

As a novelist, I enjoy hearing how the lives of other writers intertwine with their stories. It’s such a give and take. Though we write from the base of our struggles and experiences, we sometimes look back an learn from our own work.

This past December, I was all-raring to go back to work as a part time doctor’s office receptionist, even resume the young adult ministry at my family’s church despite the fact my best friends don’t live near me. Having a whole new lease on life following a reconstructive hip surgery to give me some 15-20 years pain-free on one side, I cautiously but excitedly resumed work with a buoyed spirit. And then one night coming home from work I could barely walk up to our front door without extreme pain. On the side that had it’s hip operated on only five months prior. 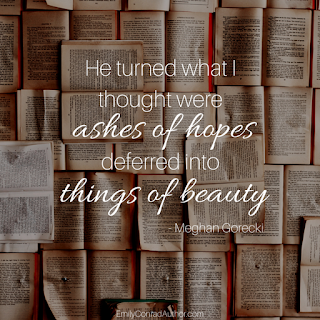 Due to living with severe hip dysplasia in both hips since age eleven, chronic pain and limitations had been the norm up to that point, and writing my debut novel God’s Will proved to be cathartic and a way the Lord drew me closer to Himself in my formative years. But, much like my novel went through two rewrites, one overhaul, and edited many times into what is now the second edition—God had a lot more to teach me even after dropping a fantastic-sounding reconstructive surgery into my lap in spring of 2015.

Prior to this first surgery, I was growing increasingly restless for something, anything to change in my life. My job was good, albeit stressful at times, and one I look back on fondly now. It was just all the same for so long. And I hoped deep down, if I were wholly honest, that The Big Change would be a book contract, or a guy.

But, much like how God got me to let go of my dream for my novel and reshaped it into what it is today—so He did via my surgeries. And the countless hopes deferred that dark December day last year when the doctor looked at my x-rays and told me the infection had rendered the original procedure null and void and the hip was coming out of its socket—with four pins in it. All those hopes to resume normalcy with a genuine joy and gratitude in my heart seemed crushed, shattered in a million pieces. And I entered into perhaps the most trying, dark time spiritually and emotionally of my entire life up to that point. Full disclosure? Shards of hopes deferred still pang and cause me to wince on occasion even now, months later, with one brand new hip and another coming shortly.

All I can say is but for God—I don’t know where I’d be.

When I went back to heavily edit my novel prior to its second birthday this month, the transparency with which I wrote my main character Kathy, and her struggles with her hopes deferred and heartbreak just blew me away. It resonated so closely since I was just coming out of the darkest time of questioning my faith, God’s goodness and if there was even a purpose behind all the pain.

But God. It took time—I have a thick skull—but His constant, loving pursuit of my heart began to crack through the dark, bitter shell I had made for myself. I had retreated so far inward that the unchanging truths I was raised with—and wrote into a novel—fell like clanging symbols on my ears and I had not the strength to claim them, so deep was my pain and resulting doubt.

But God. Despite my life feeling ripped out from under me—He set my boundaries in pleasant places as the Scripture says. Through literally no effort of my own, He dropped editing work in my lap along with a new best friend who is a constant beacon of hope and grace in my life—and He’s given me a new hip. A surgery that went unbelievably well and quickly, from the hospital time to when I was allowed to resume normalcy. And what’s the most humbling, but beautiful thing out of all this?

He turned what I thought were ashes of hopes deferred into things of beauty. God is rebuilding my dreams to fit HIS will for my future, and strengthening my hope each and every day because He is who He says He is.

ABOUT THE BOOK: Kathy Andrews is good at goodbyes. Her mother is sent to a sanatorium, her sister, left behind in Chicago, and her father, forced to roam looking for work. So she holds close to the only one she has left, her brother Danny. When the two go to live with the Marshalls in the sleepy town of Brighton, she doesn’t let anyone past hello. Elliott Russell frowns at his aunt and uncle’s generosity–even though he and his sister are on the receiving end. He frowns, too, at the uppity city girl with a chip on her shoulder whom he can’t get out of his head. When a tragedy rips apart what tenuous existence they manage to forge, will they find the sweetest place to be is in God’s will–or will they turn their backs on faith that fails to protect against pain?

God’s Will is available on Amazon here. 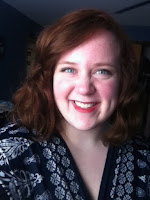 ABOUT THE AUTHOR: Meghan M. Gorecki is an author of inspirational fiction, a blogger, book reviewer and voracious reader. Taking her life a day at a time as God leads, she is pursuing a career in the publishing industry as an editor in training and as a member of American Christian Fiction Writers. A hopeless romantic, history and Marvel nut, she’s also a redhead (thanks to a box), who knows way too much trivia about movie musicals and the Civil War. Find her on social media and at her blog, A Northern Belle.
SOCIAL MEDIA LINKS:

P.S. If you enjoy hearing author journeys, too, check out this post from novelist Janet Ferguson on how her experience with anxiety influenced her debut novel!