When God Says I Love You 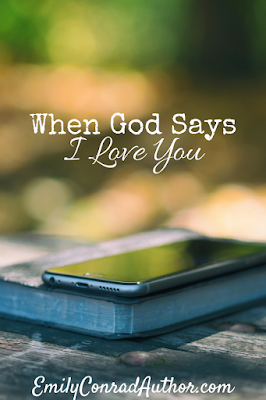 As I write this, there is an image of a fork topped with cheesy macaroni on the right side of my screen, an advertisement in my Internet browser. The caption reads something like, “Eating this will remind them they really love you.”

My mom complained a few months ago about a commercial for a phone, aimed at mothers, which suggested that by buying your kids a phone, you could get them to think of you often—every time they used the device.

Advertisements are anything but arbitrary. If two large brands throw out a line to buyers with a promise of love squiggling at the end of their hook, they’ve recognized what we’re hungry for, and it’s not dairy-drenched noodles.

The data is in, and it says we’re desperate for love.

It manifests in my quests for perfection and my scrambles to make up for my wrongs. It lurks in my concerns about what the neighbors think and a hesitance to disagree lest I offend someone.

It’s all for approval, acceptance, love. 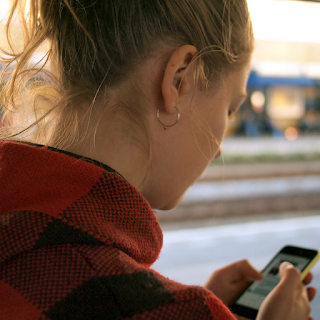 We cook up batches of pasta and sprinkle them with impossibly orange powder, watching through the steam rising off the bowl for those magic words to form: I love you.

Once spoken, we find the words have a short shelf life. Moldy doubt sours them.

To get a fresh batch, we plunk down half a paycheck to give away a phone and then wait for a notification to light up our own screen with a repeat of the message: I love you.

We were made for more than the kind of love that must be earned or bought, and the One who made us this way isn’t sitting at the table with an empty bowl, waiting to be fed.

Jesus has wrapped himself like a servant and stoops to wash our feet. He offers us bread and wine, His own body and blood, forgiveness, redemption, adoption, belonging.

Jesus isn’t at a distance only willing to call us on our own dime. He reached out long before we were aware of Him. He wrote us a love letter, created us a world. He sings over us, thinks of us, and seeks reconciliation though He is never the guilty party.

Have you heard Him tell you so lately? 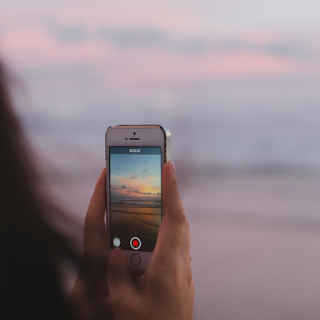 I would’ve said yes to that even a couple of weeks ago, before accepting His invite to spend more time and focus on slowing down with Him, reading and praying. Now that I have accepted that offer, I say yes more emphatically.

He said it to me this weekend when He crossed my path with the paths of women who had the experience to advise me in some situations I face. He repeated it with a Bible verse that gave guidance for how to proceed with my writing career.

And then, today, I got a phone call from someone I met at a conference this weekend. She was calling to thank me for handing her a Bible verse  because through it, God spoke to her. The whole thing had been and could only have been orchestrated by the Holy Spirit, and I’m once again in awe of how He pairs those verses–His words that I just jotted down–with just the right person.

You encouraged me, she said, and I want to encourage you. How can I pray for you?

Jesus loves you. Unconditionally. No cheesy macaroni or gifts of cell phones required.

If you haven’t heard Him say so in a while, He’s inviting you to sit with Him so He can say it again. And again.
And again.

Jesus loves you. Unconditionally. No cheesy macaroni or gifts of cell phones required. via @emilyrconrad