When dreams do come true 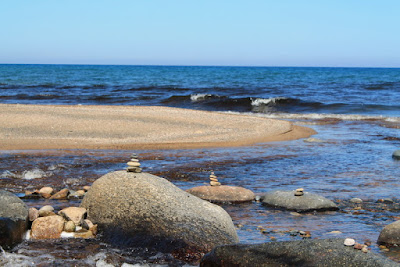 This is a story with a happy ending, but before that, like any good story, there was conflict. And, of course, the lesson is in the conflict, so I’ll start there.

On July 7th, 2016, my agent called and said all our possibilities for selling my book had been exhausted. Despite some interest, there were no takers. It was time to move on to the next thing. Did I have another manuscript?

I’d been writing and rewriting that first manuscript on and off for fifteen years (though admittedly more off than on). I had also written a second book to follow it in a series. If that first manuscript wouldn’t sell, the second would either have to be reworked to stand alone or I would have to shelve it alongside its predecessor. So, the fact that the first manuscript hadn’t sold felt like shooting down two manuscripts. Though I did have yet another manuscript ready to go, this one a stand-alone title, I moved on to it with mixed feelings.

It was a setback.

The road to publication is littered with those, just like the road to any other dream. In one way or another, everyone faces and must learn from rejection. Everyone must build relationships and reach people with messages. Dreamers of every kind put in hours and hours and hours. Years’ worth of hours.

Along the way, I’ve sometimes struggled with questions about why all that work isn’t enough. Haven’t I put in enough hours yet? Haven’t I studied the craft enough? Haven’t I gotten my fair share of rejections?

The Bible is full of times of waiting, trial, and faith in things promised but unseen. But then, one day, God acts on his word, and suddenly, well…

“The former things I declared of old; they went out from my mouth, and I announced them; then suddenly I did them, and they came to pass.” Isaiah 48:3, ESV

So, despite the setbacks, we keep going, believing we’ll arrive at milestones we can’t even see clearly most of the time. Still, we believe those milestones aren’t just mirages because we believe God created them for us, planted the desire to reach them in our hearts, and is guiding us to them.

Or wait. Is that reeeeaaally what we think?

I can tell you that at times along the way, I have tried to put that milestone in my own path with my own efforts. On one sand dune or another in the waiting wilderness, I’ve wandered from the Guide and relied on my own effort, finances, and tactics. 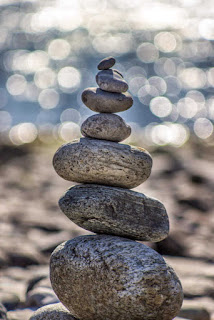 When this mentality takes over, the signs are all too obvious. The attitude manifests in questions I’ve asked myself many times, questions I’m betting most dreamers ask. Haven’t I worked hard enough? Why isn’t this effort enough? How much longer is this going to take? Don’t I deserve this?

In those times, when we ask those questions, we’re expecting something other than God to do what only God can do. That? That’s an idol. God doesn’t share glory with the idols we make of our effort and work and all-around awesomeness.

“I declared them to you from of old, before they came to pass, I announced them to you, lest you should say, ‘My idol did them, my carved image and my metal image commanded them.’” Isaiah 48:5, ESV

God puts dreams in our hearts. He guides us to milestones he’s prepared for us. This journey is never about our work. 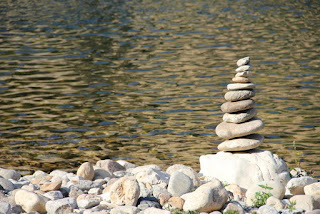 It’s about God. It’s about good gifts from his holy hands. It’s not about what we deserve or have earned.

On July 14th, 2016, one week after that first phone call, my agent called again. A publisher had gotten in touch. They wanted that first manuscript.

This isn’t because of me or my work. This is because of my God. Isn’t it just like him to let men declare something dead so he can bring it to vibrant life?

This milestone? It’s not about my efforts, my writing, or my perseverance. It’s about my God, who is good. Who keeps promises and acts with mercy and grace toward his children. Who holds the next milestone in his hand and invites me on a journey with him to discover it.

Though your journey is different from mine, your milestones are also safely in his hands. And Jesus is calling you to come, to discover them with him.

God puts dreams in our hearts & guides us to milestones he’s prepared for us. via @novelwritergirl