When a Writer Tries to Help God with Math 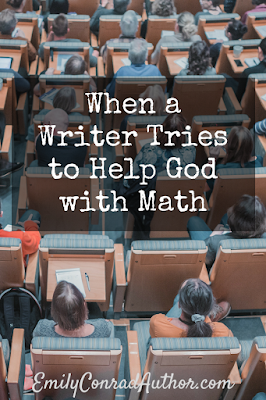 I peered around a room of more than five hundred people. Most of us were at that writing conference because we believed God called us to write, and the majority of us believed publication was the way to fulfill that calling. But what I also heard at that conference? An editor I respected told me her imprint would only publish one debut author the following year.

One out of all the aspiring authors out there.

Lord, maybe not all 500 of us are looking to get published right now, and I know there are other publishing options than that one editor, but still, this is way too many writers. I hear so much bad news about how Christian fiction is doing. Surely some of us must’ve misheard You, because this is impossible.

Whether you’re a writer or not, don’t you have seemingly impossible dreams, too? In some area, don’t the odds seem stacked against you and the numbers overwhelmingly not in your favor?

In Numbers 11, Moses talks to God about a situation Moses clearly considers hopeless:

Moses said, “The people around me are 600,000 on foot; but you say, ‘I will give them meat, that they may eat for a whole month.’ Would they have enough if the flocks and herds were slaughtered for them? If all the fish of the sea were caught for them, would they have enough?” (Verses 21-22, NET)

At this point, Moses and I are sounding quite a bit alike.

We’re both trying to help the God of the universe with His math.

But this is the God who has numbered the hairs on my head.

He needs no help counting. 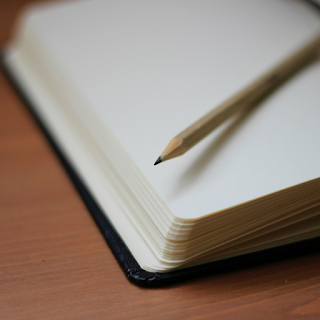 Another way Moses and I are alike? We’re both looking to the obvious solutions–the livestock that’s on hand, the editor I met.

But God’s solutions often aren’t the obvious ones–His ways are higher than ours.

And so, the story in Numbers (fitting, that book title, isn’t it?) continues:

And the Lord said to Moses, “Is the Lord’s hand shortened? Now you will see whether my word to you will come true or not!” (verses 21-23, NET)

What an intimidating response. Is His arm shortened? If course not! Had Moses forgotten to whom he was speaking? How dare he?

But first, we must remember to whom we’re speaking. Jesus isn’t impressed by human aspirations, and He isn’t bound by human limitations. He can dream bigger and do better than we can, but He won’t share first place in our hearts with anything.

A parallel passage in Isaiah reads:
Look, the Lord’s hand is not too weak to deliver you;
his ear is not too deaf to hear you.
But your sinful acts have alienated you from your God;
your sins have caused him to reject you and not listen to your prayers.
(Isaiah 59:1-2, NET)

Jesus deserves first place, and once we’ve allowed Him there and followed Him out into the wilderness, we can’t start trying to run the numbers for Him.

This is the God who fed 600,000 people meat in the wilderness–without slaughtering their herds or emptying the sea.

This is the God who can take us from any forgotten field and crown us. 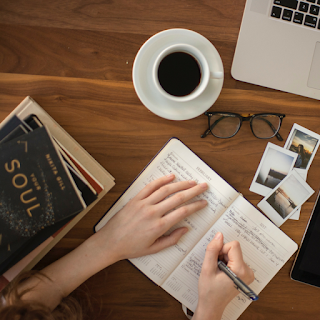 The Bible doesn’t tell us the righteous will live by math. (Any other writers out there whispering, thank you, Jesus, right now?)

The Bible tells us the righteous will live by faith. And when we put our faith not in one dream or another but in Jesus, we put our faith in the odd-defying God. All things are possible with Jesus.