by emilyconrad@sbcglobal.net | May 24, 2018 | David and Goliath, Emily Conrad, more than conquerors, We don't fight alone | 4 comments 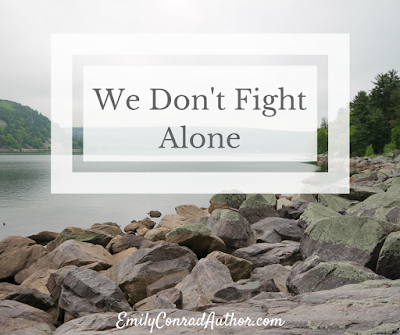 How I wish running from things that intimidate and overwhelm me were an option.

I have to do what to make this happen? Forget it!

Unfortunately, running is rarely a viable out because escaping from difficulties often would also mean surrendering pursuits I love.


Writing career, I’m lookin’ at you.

I love to spend my days crafting stories and the occasional blog post, but hand-in-hand with that privilege are the responsibilities of managing a website, taxes, and complicated submission guidelines.

Whatever your line of work or the things you’re passionate about, you face tasks that intimidate you, too. And if you’re anything like me, sometimes those tasks will intimidate you right out of moving forward.

We might not be retreating, but we are hemming and hawing, peeking out at the enemy and refusing to step forward to engage in battle. 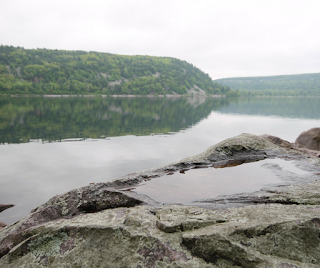 We find the army of Israel in a similar situation in 1 Samuel 17. They’ve set up across from the Philistine army. Goliath taunts them, and obviously, dealing with the enemy means fighting their outspoken warrior.

Only, the Israelites did what I tend to do: they watched and waited without taking action.

We’re afraid. We can’t run away because we know the battle must be fought, but we also don’t advance because the enemy is bigger and stronger than we are.

The most recent of these “enemies” for me was the new legislation going into effect in Europe called the GDPR. A LOT of writers were worried about how to comply with the new laws, and to what extent because the laws come with consequences–fines for those who violate them.

But were we even violating them? Conflicting opinions and advice ranged from us needing to do next-to-nothing to adding policies, banners, and new email sign ups

It was a confusing, intimidating mess.

Some authors said they were thinking of taking down their sites over it.

Though I wasn’t ready to go that far, I did lose some sleep over what to do. I was overwhelmed and out-matched.

Just like the Isrealites who were camped out, listening to the threats of the enemy and paralyzed in their sandals. In their case, God sent someone to them with a very different way of thinking.

Enter a shepherd boy named David, who said he’d take on the giant because, “The Lord who delivered me from the lion and the bear will also deliver me from the hand of this Philistine!” (from 1 Samuel 17:37, NET)

If only God would send me a David. Someone who is both a legal expert and an expert at HTML formatting to fight this battle for me.

But did I need an expert?

The Israelites didn’t. Let’s remember that David wasn’t quite an expert in warfare. He had some fighting experience, yes, but he hadn’t trained for battle formally. He didn’t have the fancy armor or shield-bearer Goliath had.

More than we ever need formal knowledge, we need godly wisdom. And so, instead of a David to fight for me, God sent a David-like thought: I’m not alone in this.

That’s the thought I offer you, whatever you’re facing.

This is beyond you and me, but it’s not beyond God.

With Jesus, we are not in this alone. Join with me in refusing to operate like the whole thing hinges on human action and knowledge.

Challenges that have the whole army cowering in their tents and shaking in their sandals needn’t worry us.

Rather than retreat or cower, we can quietly steal away and gather stones with our Savior. We can walk out and do battle in the name of our God on the fields He’s called us to. 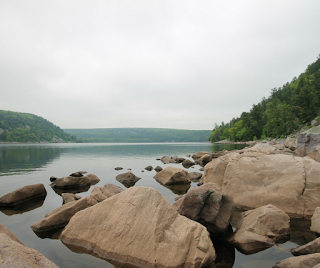 This is the last time I plan to mention GDPR on the blog, because I’ve fought that battle and am comfortable with the outcome. I did more than I believe I needed to, but I’m happy that this prompted me to follow through on a project I’d been meaning to tackle for weeks: cleaning up my email subscriber list.

If you haven’t yet updated your preferences with me, you must do so or you’ll stop receiving my emails.

At first, I was hesitant to take this step, because I know I’ll lose a significant portion of my email subscribers this way. But I also know that the needs of some of my subscribers have changed. No hard feelings or guilt trips implied, but I can see what percentage of subscribers doesn’t open my emails, and I don’t want to send inbox clutter.

My goal is to inspire and encourage, and I believe that’s what God has called me to, a battle He’s fighting for me as I show up to it.

So, if you want to sign up, you can do so here. I believe if you’re a current subscriber and would like to keep receiving emails from me, you can also do it by filling out that same form or with the “update preferences” link in the bottom of any emails from my mailing list.

Either way, you must select the “email” box toward the bottom of the form under “marketing permissions” in order to receive my emails.

If you have any trouble, shoot me an email at emilyconrad@sbcglobal.net, and I’ll do my best to help you through!

So, there it is, my last little stone thrown at updating my email list. The result is in God’s hands, as it’s been this whole time, and I’m completely comfortable with that.

Running from a challenge is rarely a viable option because escaping from the hard things often would also mean surrendering things I love. So what’s left to do? via @emilyrconrad