To Belong Together – New Release and Giveaway! 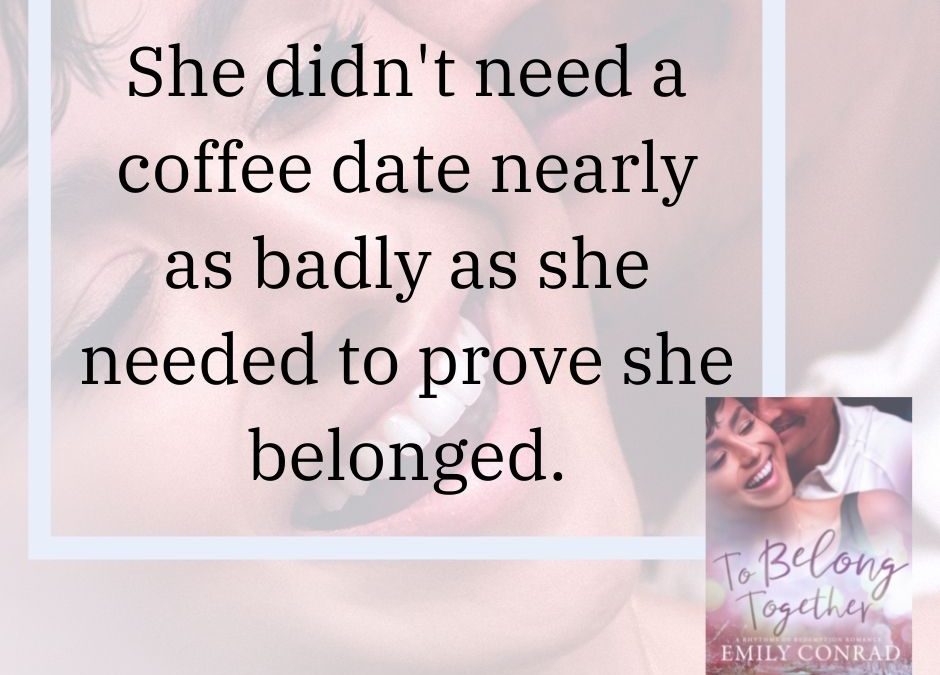 Where do you belong?

On the surface, it seems like a simple question.

The first answers to rise to my mind involve people I believe will accept me, even when I’m not putting in a special effort to ensure acceptance. People who don’t mind that I’m introverted but passionate about certain ideas and sometimes a little bit snarky.

Plunk me down among people who appreciate things I create? I’m in heaven.

That’s is an exaggeration, of course, but it’s useful in that it points to the truth of where a believer truly belongs.

Heaven is our true home, and it’s with our Heavenly Father through Jesus Christ that we’ll experience perfect belonging.

If you’ve been a believer for long, you know that. But in writing John and Erin’s story, I stumbled across confusion in my own mind about roles, identity, and acceptance that showed me again how easily head knowledge can get tangled and fail to translate into practice.

While I hope you enjoy the romance and the occasional one-liners, I hope To Belong Together helps reassure you once again that, no matter your wounds or losses, in Christ, you do belong.

To Belong Together Release Day "While I hope you enjoy the romance and the occasional one-liners, I hope To Belong Together helps reassure you once again that, no matter your wounds or losses, in Christ, you do belong." #christfic… Click To Tweet

Drummer John Kennedy can keep a beat, but he can’t hold a conversation, so he relies on actions to show he cares. Unfortunately, when he’s instantly intrigued by a spunky female mechanic, he can’t seem to convey the sincerity of his intentions. And the rejections don’t stop there. His own sister is pushing him away just when he could help her most.

Erin Hirsh’s life would be easier if God hadn’t given her a love for cars. Only her father understood her, and she’s losing him to dementia. Her brief romances have always backfired worse than a mistuned engine, and she refuses to give John the chance to wreck her heart. A rock star with a supermodel ex can’t possibly see anything in her.

At least that’s what she thinks until they find common ground in faith and their worsening family situations leave them each longing for a place to belong. Could God intend for this pair of opposites to belong together?

A faith-filled rock-star romance about love, identity, and the quest to belong.

“Emily Conrad delivers a contemporary romance that is pitch-perfect! With characters to root for, moving scenes to tug emotions, and a love story to swoon over, To Belong Together is as engaging as it is heartwarming. Conrad pens a richly-developed story layered with an evocative message—that the pursuit of man’s approval is an empty endeavor because our hearts are already validated, stamped by the love of God. Highly recommended!”

Order now from Amazon, Barnes and Noble, Apple, or Kobo.