by emilyconrad@sbcglobal.net | May 3, 2018 | confidence, Emily Conrad, God's calling, God's enabling, The Instagram Photo That Got Me Thinking | 2 comments 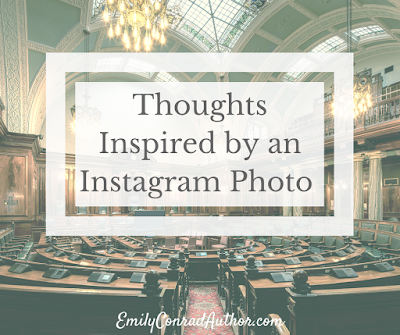 I stopped scrolling at the sight of the words.

But though that sign gave me warm-fuzzies (and it wasn’t talking about me, by the way), how often do I fail to vote for myself?

Now, right off the bat, let me just say that Jesus must be the first and only one we vote for to preside over the highest office in our lives. Everything must fall under His jurisdiction and rule. And yes, humility, and yes, love others.

There are times when our names shouldn’t even be on the ballot. I understand this.

But crippling self-doubt is a thing, too.

Jesus died on the cross to save us from ourselves and to reconcile us to God. We have purpose in Christ, which means He has work for each of us to complete. He calls us to these good works, or, if I may, He’s written our names on the ballot to fill offices in His kingdom, and He votes for us. Not because we’re awesome and capable, but because He is.

As believers in Christ we are, after all, God’s elect, are we not?

But God’s elect have a long history of voting for someone else—anyone else—when faced with a daunting calling. 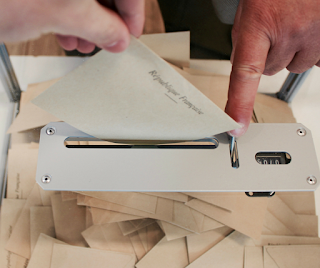 Remember Moses, arguing that he was not the right person for the job of leading the Israelites out of Egypt?

How often do we do that?

True, I’m willing to bet no one reading this post has had a dialogue with God via a burning bush, and I can’t claim to have either. Our arguments with God tend to be subtler.

We feel a prompting, calling, or even a longing to move forward in some area.

God, is this You? we wonder.

And though we have some reason to believe God is voting for us to make a certain move or take a certain office, we also feel fear. We feel unqualified and unable.

So, we avoid the polls.

We keep busy with other work we’d rather do for God—safer work with a home office located smack dab in the center of our comfort zones.

When God keeps calling, the choice before us is as hard to avoid as all those political calls and ads during an election year. But we still don’t want to vote for ourselves. We convince ourselves over and over again as many times as necessary that someone else is better suited to the task. We finally fill out a ballot and try writing their names in. 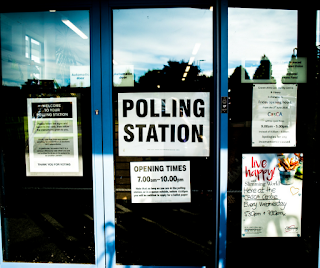 One thing we’re enthusiastic about, however, is voting for our friends. We encourage our loved ones in their struggles, we urge them to not give up on their gifts, we cheer for them to pursue their God-given callings in faith.

Let’s apply the same reminders we’d give our friends to ourselves.

When God calls us, it’s like He’s voting for us. But not for us alone, of course. He goes with His children, overseeing and directing them. He set up the office for us, He enables us for the job despite our failings, and He will oversee the final outcome.

When God is for us, who are we to cross our names off the ballot?

So, the next time we’re at the figurative polls, let’s vote for Jesus first—and then not be surprised to see our names also written in to serve in specific roles and tasks for His kingdom.

May our votes always align with His!

#Christ calls us to good works, or, if I may, He’s written our names on the ballot to fill offices in His kingdom, and He votes for us. Not because we’re awesome and capable, but because He is. via @emilyrconrad