This is a repost from last summer. Almost a year later to the day, I’m overrun with tomatoes rather than cucumbers. Whether you’re awaiting a vegetable harvest or something more, I hope this post encourages you while one area flourishes and another lies fallow. 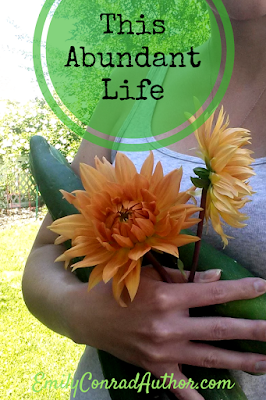 Another cucumber stretches downward from where it first budded near the top of the lattice fence, gravity elongating what the seed packet promised would be a “whopper” into something that looks like those seedless cukes that come wrapped in plastic at the grocery store.

I saw it days ago but forgot to check on it. It’s now over a foot long.

It’s barely August, and already my vegetable garden of seven plants—only one of which is bearing fruit so far—is producing more than I can eat.

When the onslaught of tomatoes begins, I’ll have to resort to pots and pots of soup.

Well, that or generosity.

The flowers, too, have multiplied. Dahlias, day lilies, morning glories, the ninety-nine cent hydrangea that was supposed to die, and what I’m told is rose of Sharon, buzzing with pollen-coated bees. 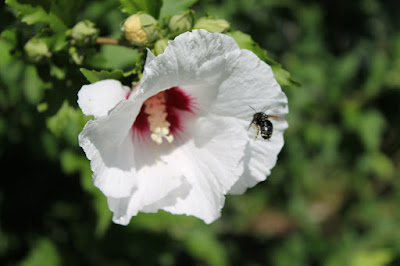 But this temptation is countered by the garden’s abundance. Our world and my life are never void of growth and warmth. I just have to know where to look. I have to celebrate the harvest when and where it comes and let winter in another sphere of life serve its purpose–and with God, there is always a purpose.

Meanwhile, I must acknowledge the truth: there is more here than I can eat, more flowers than I care to pick. 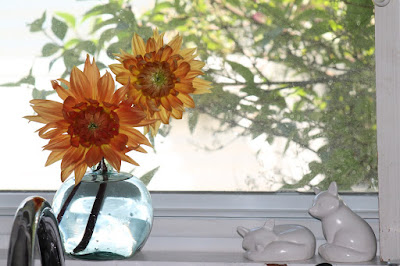 God never stops renewing, reviving, refreshing, bringing to life things once dead. After all, Jesus said in John 10:10, “I have come so that they may have life, and may have it abundantly.” (NET)

Something is always in season.

So we must not grow weary in doing good, for in due time we will reap, if we do not give up. Galatians 6:9, NET

As He has blessed my garden, He will bless the other, less physical, ground He’s given me to tend as long as I continue to tend it with Him.

It may not look like much now, but that’s because each part of life is on its own timetable, faithful to its own God-assigned calendar, poised to flourish in a divinely-appointed summer.

Instead of bemoaning the wait, I pick what is in season now. I slice it up and serve it to friends. I tend my little plot and praise the God of abundance whose love never fails and whose word never returns void.

Each part of life is on its own timetable, faithful to its own God-assigned calendar, poised to flourish in a divinely-appointed summer. via @emilyrconrad #waiting #abundance