The Wonder of Finding Favor with God 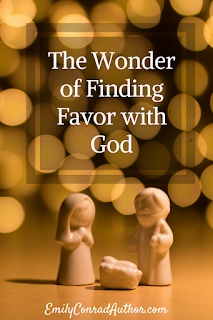 I’ve read a lot of Christmas devos and blog posts over the years, and frankly, I sometimes hesitate to click through to read them now. Haven’t I heard it all before? Well, no, and that’s why I clicked on one and started skimming this morning.

I confess, my calloused approach to the post took an even worse turn: I nearly skipped the verses that had been included in the post because they are so very familiar.

Catching myself, I ordered my focus back up the page. I can concentrate on a couple short verses. This is the Bible, after all. God’s Word. If I’m going to skim anything, let it not be that.

I don’t know if it was the point I thought the post was going to make (but didn’t) or if it was the way reading on my phone broke the verse up into lines, but I was struck nearly to tears by the familiar passage:

The angel came to her and said, “Greetings, favored one, the Lord is with you!” But she was greatly troubled by his words and began to wonder about the meaning of this greeting. So the angel said to her, “Do not be afraid, Mary, for you have found favor with God!” Luke 1:28-30, NET

The angel came and spoke love and God’s favor, and Mary was greatly troubled.

It doesn’t say she was troubled by the whole seeing a terrifying angel thing (though I imagine that was pretty startling and unbelievable), but rather she wondered what his simple greeting meant. She was troubled at his words of love.

So, the angel adds more, because this girl needed them. He calls her by name, subtly conveying he knows who she is and this isn’t a case of mistaken identity. Mary, you have found favor with God. 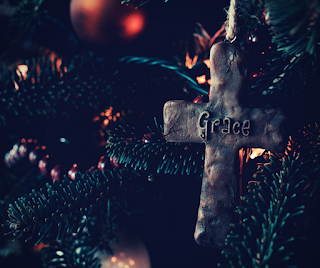 The point of that other post (which you can read here) was that Mary, like all of us, needed a Savior, and got Him in the person of Jesus Christ. Amen.

It is only because of Jesus that any of us can find favor with God, but the point of this post is that we can find that favor.

Mary, who didn’t seem to think herself worthy of God’s favor, received it, and through Jesus, we can too. Sometimes, we need to hear that, loud and clear.

If an angel showed up and told me I am favored and God is with me, I would also be troubled. I’m so well aware of all the times I’ve lost my patience lately. Of sin in my past. Of the ongoing battle with pride and selfishness. I’m not good enough to be favored, and I know it to the point that imagining myself in Mary’s place, hearing those words and knowing them too good to be true, tears start to rise.

Do not be afraid, Emily, you have found favor with God.

Is this in fact too good to be true? Dare I put my name in that verse? Can you dare to do the same?

Because of Christmas (and Easter), yes.

Mary was living her normal life. She, as that other post posited, needed a Savior. I imagine her sitting in her room like I’m sitting in mine right now when the angel visits and the good news starts to flow.

I love that Gabriel didn’t start with the assignment. He started with what perfectionists everywhere need to hear, the truly impossible, the favor of God on a sinful human. 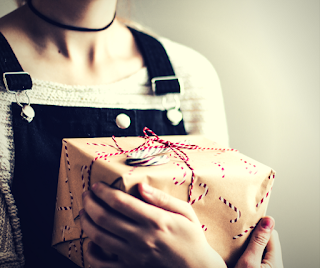 The assignment touches on the how this is possible: through a gift of God to those who believe in the Son.

Yes, we are still given assignments to complete. Yes, we are called to faithful obedience. But, the gift we have received of God’s favor is just that- a gift, given before all the rest.

First up, you are favored. By God. Let those words of love and favor sink deep. Let them empower you, and walk in that favor right into and through whatever God has called you to.

“Glory to God in the highest,
and on earth peace among people with whom he is pleased!”
Luke 2:14, NET

Mary, who didn’t seem to think herself worthy of God’s favor, received it, and through Jesus, we can too. via @emilyrconrad #Christmas #faith