The “Secret” to Success We Would Rather Ignore

by [email protected] | Apr 25, 2017 | Emily Conrad, healthy habits, perseverance, The secret to success we would rather ignore | 6 comments 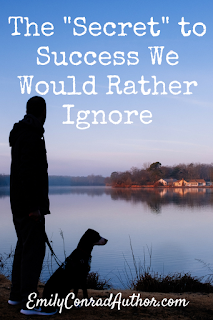 Our dog Luther is a lot of things, including a good cuddler, an expert fly hunter, and a habitual problem to walk.

After a particularly bad walk, when I couldn’t settle him down to pass a dog that was barking at us from a yard, I made an appointment with a trainer I hadn’t been to before.

I’ve worked with a dog trainer in the past and have picked up tips and strategies over the years, but Luther was clearly out of control, and what I was doing wasn’t curbing his instincts to bark and pull.

At the appointment, the advice was nothing new.

Starting that night, Luther has become a different dog. He’s been impressing everyone he’s met since then, and because of his good behavior, that’s more people than I normally would’ve given him access to. 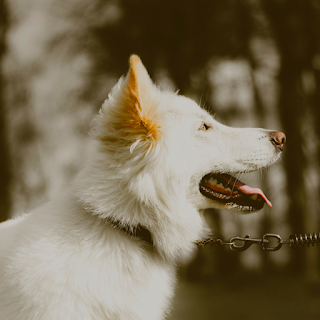 So what’s the difference?

For the most part, the trainer forced me to get serious about what I’d heard before. She modified Luther’s behavior by modifying mine.

Despite having been warned that tensing up when another dog approaches can cause my dog to react more strongly, I was tensing up. When I did that, I pulled on the leash, which sent a message to Luther that something was wrong. His barking and pulling was, in part, a reaction to that.

Despite knowing that I could curb his constant pulling by changing direction every time he did so, I kept walking in straight lines.

Despite knowing that ten minutes of mentally challenging training, like sitting still when he wants to be barking, is more exhausting than twice that much time exercising, I kept putting distance in our walks ahead of good behavior.

In these ways, I wasn’t putting into practice the very things that would solve our problems. In fact, I was feeding those problems.

Once I got serious about practicing what I knew, Luther immediately responded. He’s a different dog on leash and around the house. Yes, we still have some work to do, especially on sighting other dogs on walks, but he’s already so used to relaxing next to me when I stop outside that he’s begun to chill on the floor next to me when I pause in the house. If we keep working at it, I believe he’s going to be the best-behaved dog we’ve ever had. 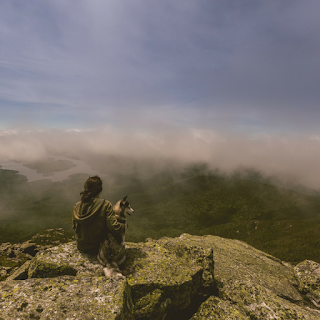 Where are we sacrificing quality for quantity?

How often do we fail to persist in good habits because they’re time-consuming?

Do we engage in behaviors that only exacerbate our problems though, in theory, we know better?

So often, the “secret” to success isn’t surprising; it just isn’t what we want to hear. So, we ignore what we know. We try to cut a few corners, and in so doing, we undermine the progress we could be making.

And to think, then I’m surprised when my efforts fail instead of flourish.

We know certain activities feed our faith and strengthen our relationship with God. Things like church, honest relationships with other believers, prayer, and study. But when life pulls, we worry about other things all through the sermon, cut time with friends who would lift us up, and skimp on prayer and reading God’s word.

Eventually, it’s not a dog pulling us into trouble; it’s life at the end of leash, totally out of control, and nothing we do reigns it back in.

Even then, it’s not too late to stop the madness. To apply what we know. To rededicate ourselves to life-giving habits, even though they might feel like chores. When we begin to forget what those habits are, trusted experts can help get us back on track. Not with miracle cures, but with the well-known, often ignored “secret” to success: going back to the basics and putting in the time.

Once we know what we need to be doing, we must persevere at those things. We can’t call halfhearted attempts good enough to nourish our souls or foster our love of God and others. Halfhearted attempts aren’t even adequate to train a dog.

Take it from someone who knows.

Don’t ignore this “secret” to #success – via @emilyrconrad