The Lion, the Witch, and the Timid Prayer Warrior: A true story

by [email protected] | Nov 1, 2018 | and the Timid Prayer Warrior, answers to prayer, cast your cares, Emily Conrad, The Lion, the power of prayer, the Witch | 12 comments 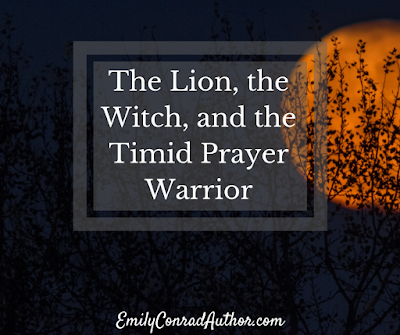 There was a witch in my old neighborhood. She cackled and stirred her caldron when I would walk by with my dogs. On windy nights throughout the month of October, her creepy laughter would find its way through my closed bedroom window, her latest outburst having been set off by bending trees and blowing leaves.

She wasn’t human, of course. She was a life-sized Halloween decoration with motion sensors.

Real or fake, she stood for something I do not. Fall is my least favorite season to begin with, and Halloween, associated as it is with so many dark beliefs and traditions, is my least favorite holiday. So, the fact that a Halloween decoration interacted with me really bothered me. Possibly more than it should’ve, but reasoning that the things she stood for probably bothered God, too, I prayed for her demise.

Specifically, I prayed that she wouldn’t go off when I walked by.

Shortly after, she stopped.

Cue the thrilled surprise, the thought, “This is too good to be true.”

The first time the machine remained silent, I counted it a fluke. I was leery of walking by again because I didn’t want her to go off and prove that my prayer hadn’t been answered.

I so wanted God to work on my behalf, and I had my reasoning for why He might, but on some level, I also doubted God cared that much about such a small matter.

So, though she was silent once, I remained doubtful. How had this worked? Would she go off the next time I walked by? What if I pass by closer? What if their vehicle is parked in a different place–maybe her sensor just didn’t register me because something blocked it temporarily.

Yet, I have to walk my dogs, and that meant passing the witch.

Time after time, she remained silent.

In awe, I rejoiced that my prayers had been answered.

The thing never cackled at me again. No witch is a match for the Lion of Judah. 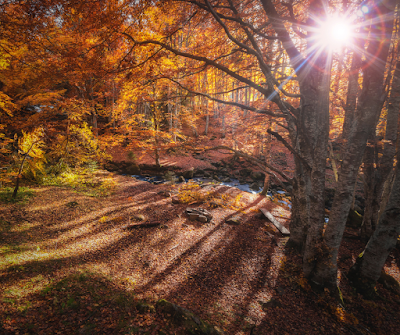 I admit that my prayer war against a lifeless (though not exactly inanimate) object was a little funny, but God used it to remind me of some truths:

I mention that last one because Isaiah 59:2 (and other passages) warn us about the importance of being right with God when we pray. I’m righteous only by the blood of Christ. I have a lot to learn and a lot of growing to do, including in my prayer life, but God has been gracious to me, and He was generous in answering that prayer (and many others besides).

Jesus is big enough that He doesn’t need to skimp on answering His children’s little prayers so He can work on the bigger things. He’s big enough for it all. 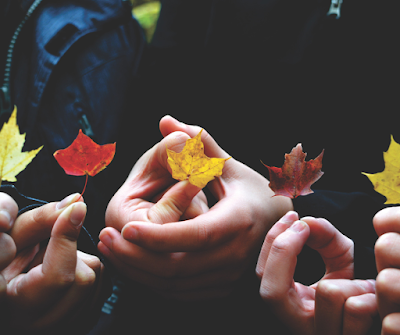 No, He’s not a gumball machine, and No is a valid answer–one I hear more often than I’d like–but let’s not presume to know in advance how He’ll respond to our requests. Let’s not shy away or quit praying under the assumption that our concerns are too small or insignificant for Him.

As for that witch, sometime later, I learned the secret of her demise.

Apparently, the racket also annoyed another neighbor, who went over and unplugged her. The one who owned the decoration must’ve taken the hint and decided to not plug her back in.

So, God used human and not supernatural means to answer my prayer, but nonetheless, He answered.

Let’s not forget His power to do so and His kindness to hear even the little requests.

My #prayer war against a lifeless (though not exactly inanimate) object was a little funny, but God used it to remind me of some truths. – via @emilyrconrad