by [email protected] | Nov 22, 2016 | A Recipe for Creative Writing, encouragement, how to keep writing, persevering through hard times, The Discipline of Standing in Winter, The Writing Life, word salsa | 2 comments 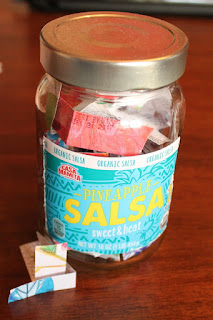 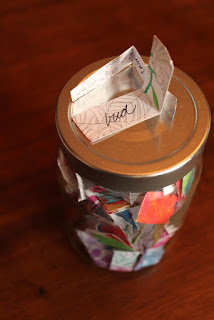 Feeling a little short on inspiration recently, I made a jar of word salsa. The idea stemmed from the Five Minute Friday Community as well as October’s 31 Days of Five Minute Free Writes, during which writers are challenged to free write based on one-word prompts. Since the prompts can usually get me writing if I sit down with them, I decided to create my own, steady supply of what I hope will turn out to be rich words.

How To
To come up with enough words, it helped to sit and think through the alphabet, naming all the A words I thought of that would be inspiring before moving on to B, etc. Then, I put the words in an old salsa jar. Another option is to enlist friends to write words for you. Write one word per slip, fold ’em up, and fill up the jar. Draw a word to use as a prompt when you’re short on ideas.

Without further ado, here’s what I wrote when I drew the word ‘bud.’ 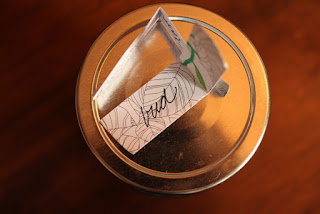 The Discipline of Standing in Winter

When I drew the word ‘bud,’ I was disappointed at how short it was. How much inspiration could be in three little letters, in such a simple word? But the truth is, this morning is a bud of its own. The desire I felt to finally draw a word from the jar and write, a bud.

Creativity and inspiration, like trees, die back sometimes. They wave bare arms to the sky in surrender. The words, like leaves, blow away, and though the tree grew them, it is powerless to force it to happen anew.

Instead, trees are left to the discipline of standing tall in the cold. Of holding up flakes of snow until the sun melts them into life-prompting water. 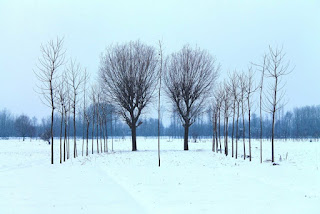 The water trickles down, beneath the surface where we can see. Slow words like seep and absorb describe the mystery, taking place in darkness, the most important transactions happening where we might suspect them (or not) but where we will never witness them.

And then, the budding begins.

Sometimes, all at once, but often, battling fits of snow and cold until late spring brings with it hints of a summer that will last for months, at least.

Those months of warm opportunity, we must seize. We must grow and savor the sun, we must bend with winds and shade our yards and throw seeds to carry us from one year to the next. Because fall will come again, with its overcast skies and trees the color of sun, its friend winter chasing after it.

Rest assured in times of winter, whether your winter is related to creativity or something else, or short or long, even trees that appear dead and frozen carry the secret ingredients of life, mixable only by the hand of the Creator. At the appointed time, these trees break open hope, fresh and green, waving life in the sun, proving again and again that winter cannot steal the propensity to bud.