Being aware of people around me who achieve more than me nags me. 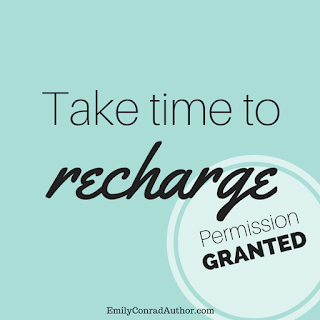 Two examples. First, I didn’t feel ready to participate in NaNoWriMo, where novelists around the country commit to writing 50,000 words in the month of November. At the time, I justified it saying I had other projects going (I did) but I just couldn’t let it go without telling myself (and others…) that I’d complete a similar challenge when the timing was right.

Second, one of my writing friends recently brought up another writer who writes something like fifteen books per year. Fifteen! To think I was awed by my friend who commits to writing three in a year. It’s enough to leave me a little insecure about my relatively newly established pace of producing one polished manuscript per year.

When I considered NaNo and how much others were writing, I decided it’d be perfect if I could write 100,000 words in two months. I’d finish my manuscript, and then I could spend at least the next few months polishing it.
Ready, set, go!

Since writing is my full-time endeavor, the goal isn’t all that crazy. What may be a little crazy, though, is that, despite being ahead of schedule, I’m constantly attached to my computer. During times that ought to be downtime, I tote the computer along and sit with my story open so I might sneak in a few words. I have a hard time setting it aside to read, enjoy other hobbies, or give adequate attention to other responsibilities. It’s become all about writing.

Thankfully, I’ve come across a lot of encouragement to slow down: a post by a respected agent that made one manuscript per year sound “prolific”; a couple of posts about enjoying winter; a friend who took all of December off; others who took their own versions of breaks; even an ad that called those fancy coloring books a way to de-stress and practice mindfulness.

What? Those books can stress me out! All those little spaces to color? Such big books! When will I ever finish??

That gives you an idea of how I approach projects, and my reaction to that ad was a bit of a wake up call for me. When did I get to the point that I couldn’t relax, even while I colored? 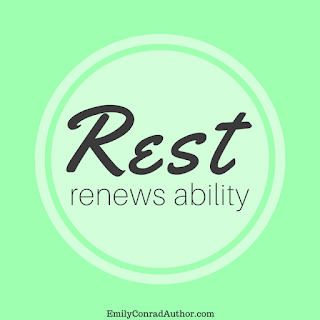 Finally, I got out my coloring book last night. I’ve slowly colored three flowers a few pages in. (I went out of order and haven’t worried too much about staying in all these teeny-tiny lines. This, for me, is progress!) I spent some of the time praying. I focused on some Bible passages. It’s noon as I write this, and I haven’t yet opened my manuscript, and I probably won’t be able to for at least an hour or two.

But when I do, I believe it’ll be with renewed ability to write because I’ve taken some time to recharge. I’ve taken time to read a few more posts, to think, to pray, to process.

I’m not throwing away my goal to finish my manuscript by the end of the month, but I am committing to taking time for rest out of each day and to setting goals for myself not based on what others are achieving but on what I’m able to accomplish while still doing my best.

I hope this post encourages you to do the same.

How does slowing down and taking some time for yourself look to you?