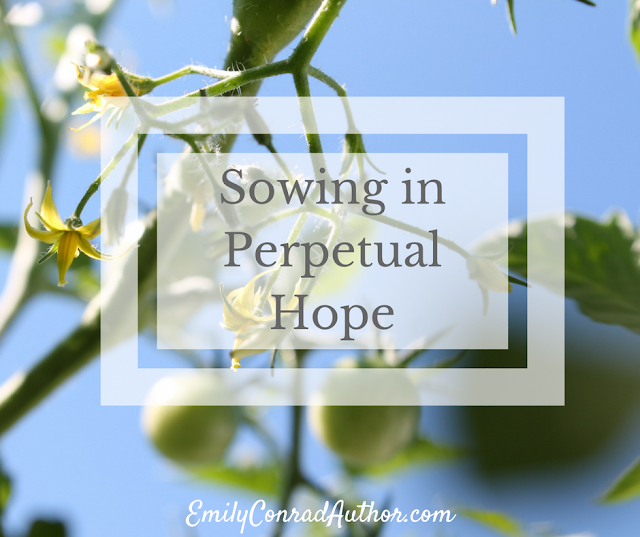 I’ve been trying to grow tomato plants for years.

At first, a tree doomed my success. Something about black walnut trees prevents most vegetables from growing within a fairly wide radius from the spread of the branches, and our backyard was home to an 80-year-old mammoth of a black walnut tree.

Then, at our new house, I guess the tomatoes had a different idea than I did of what constitutes a sunny spot. They grew tall, thin, and sparse.

There was the time I tried to start tomatoes from seed only to sunburn them the first day I moved them outside. Their once vibrant green leaves turned into thin yellow film and died.

I love the taste of fresh, ripe, homegrown tomatoes, so I’ve continued my attempts, though not very… fruitfully.

I’ve watched other people’s tomato plants flourish and produce, while I was grateful for just a handful of semi-ripened tomatoes from my own.

But this year, everything is different.
My husband cut down a couple of trees. I had a new place to plant my garden, which would get some more sun. As a bonus, the tomato plants I’d started inside this year had done well and survived the move outside.

So, when the ground was ready, I took the four tomatoes I’d started inside and a few store-bought vegetable plants, and I put them in my new little patch.

Going off past experience, I put the plants about a foot apart. This would be all they needed. My plants never really grow much.

Little did I know, 2018 is the year of the cherry tomato.

The sunny new spot, combined with what we suspect is richer soil, spurred my tomato plants to reach and grow like never before.

Within just a week or two, as the one store-bought tomato plant grew tall and branched out, I realized I’d underestimated the garden’s potential.

The plants now are as big–or bigger–than I expected them to get by the end of the season in September. I should probably dig up and move the poor bell pepper plant, which is being overrun by tomatoes. I think I’ll just let the cucumber plant have its way, scaling the arms of the tomatoes.

If only I’d known when I planted that this would be the year. 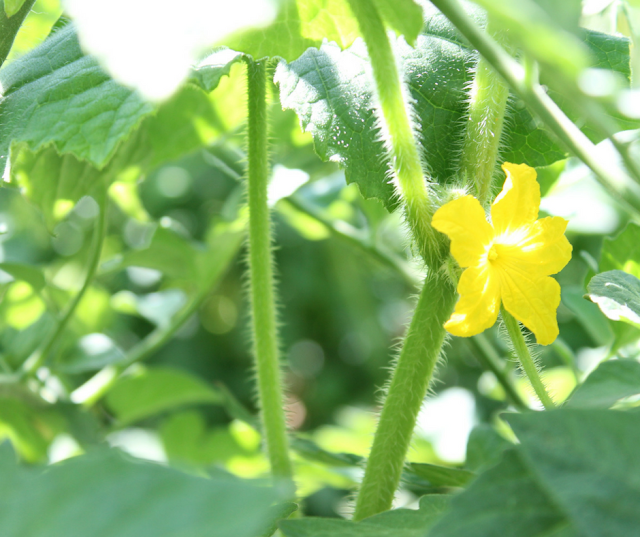 Other areas of my life mimic my gardening experience. I’d bet areas of your life are similar, too.

Areas where we keep on despite years of discouragement. We know the endeavor is good. It’s something we’re called to. We’re grateful for the success we do see, but we’re also aware that others seem to flourish as our own little patch of earth remains scraggly.

Slowly, a disappointed, complacent mindset creeps in. We plant based on past experience instead of God’s ability to bless.

We stop waiting eagerly for God to cause an endeavor to flourish.

Maybe I slow down my writing projects. Maybe I don’t take as many opportunities for spiritual conversations as I could. Maybe I get lazy at enforcing rules for my dog, since he keeps breaking them all anyway.

I don’t give up entirely, but I start planting seeds as though they’ll never amount to much.

In doing so, is it possible I’m hurting the harvest?

Due to the way I’ve planted seeds, the harvest may be smaller. Or, if a bumper crop sprouts, I may have to scramble to compensate for being ill-prepared. 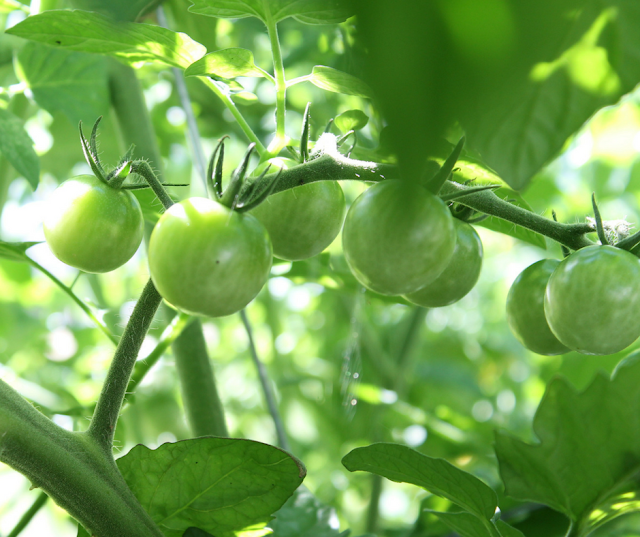 Sow your seed in the morning,
and do not stop working until the evening;
for you do not know which activity will succeed –
whether this one or that one, or whether both will prosper equally.
Ecclesiastes 11:6, NET

Working like this, without knowing in advance how it’ll work out but with an eye toward prospering one way or another, requires hope. But as Christians, that hope is justified.

And we know that all things work together for good for those who love God, who are called according to his purpose, Romans 8:28, NET.

I believe we’re called to faith that one day, God will lavish blessing on every endeavor He’s called us to.

Admittedly, maybe this won’t look the way we thought it would. Maybe the blessing will be in a heart that better trusts Him. Maybe it’ll be in a perspective that is eternity-focused.

Aren’t these worth whatever it takes to get them?

So, we’re to do our best, knowing:

God has made everything fit beautifully in its appropriate time,
but he has also placed ignorance in the human heart
so that people cannot discover what God has ordained,
from the beginning to the end of their lives.
I have concluded that there is nothing better for people
than to be happy and to enjoy
themselves as long as they live,
and also that everyone should eat and drink, and find enjoyment in all his toil,
for these things are a gift from God.
Ecclesiastes 3:11-13, NET

We never know–so let’s stop planting like we do know it won’t quite work out.

Because when we follow Him, we can rest assured that He’s using it all, and that the blessing will come. One way or another. In one form or another.

And if He does grant us the very harvest we’ve been longing for, let’s not be caught by surprise. Let’s space out those plants with an eye toward flourishing.

Whatever you are doing, work at it with enthusiasm, as to the Lord and not for people, because you know that you will receive your inheritance from the Lord as the reward. Serve the Lord Christ. (Colossians 3:23-24)

And God will exalt you in due time, if you humble yourselves under his mighty hand by casting all your cares on him because he cares for you. Be sober and alert. Your enemy the devil, like a roaring lion, is on the prowl looking for someone to devour. Resist him, strong in your faith, because you know that your brothers and sisters throughout the world are enduring the same kinds of suffering. And, after you have suffered for a little while, the God of all grace who called you to his eternal glory in Christ will himself restore, confirm, strengthen, and establish you. To him belongs the power forever. Amen. 1 Peter 5:6-11, NET

When we follow #Jesus, we can rest assured that He’s using it all, and that the #blessing will come. One way or another. In one form or another. via @emilyrconrad