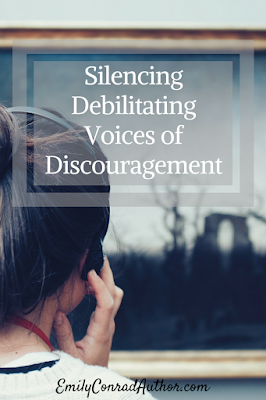 When I was in training for my first call center job, I had a bully of a customer. His voice came through my headset, straight into my ear, and ordered me around. All it took was that voice, demanding I not put him on hold, and I suddenly couldn’t ask for the help I so desperately needed.

The second button was subtler. Mute was there for when we had to cough or sneeze mid-conversation. We could hear the customer, but the customer couldn’t hear anything.

He kept berating me until, as I remember it, the trainer, once he learned what was going on, reached across my desk and hit the hold button for me, silencing the voice.

You can read the rest of the story about that caller (and the aftermath) here, but today I want to focus on something else. On ear worms. On silencing that voice of discouragement that freezes and isolates you. 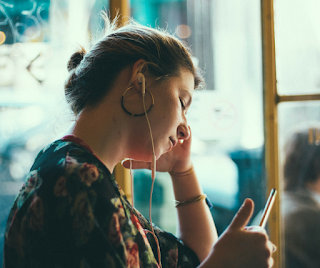 Recently, while working on a story, doubts started to creep in. I became more and more discouraged, and I didn’t want to reach out to my friends over it because a voice told me that they wouldn’t understand. The voice said they’d only further discourage me or they’d criticize me over being discouraged in the first place. I needed help, but a part of me ordered that I not reach out for it.

Just like that caller had all those years ago.

In the course of it, I learned one my friends was fighting an ear worm much larger and meaner than mine. She’d been sitting in isolation for days as she processed a very hard situation. She was so discouraged, she hadn’t had the heart to tell people what had happened.

Even more emails flew back and forth in what I hope were helpful replies. I’m not a hugger, but if she lived near me, I’d wrap her in one. If I could, I reach past her, smack the hold button, and pull the headset from her ear, silencing that voice of discouragement. If only it were that simple.

The trouble with ear worms and discouragement is they are so very convincing. They speak with absolute confidence. Sometimes the voice comes from within our own minds, and sometimes it is the voice of another person, but always it belittles and devalues. We end up feeling so insecure, we’re pretty sure we don’t even deserve help. We’re pretty sure the ear worm’s way of looking at us and our work is the only way. We start to believe that if we let anyone else in, we’ll only receive confirmation of how spectacularly we’re failing. 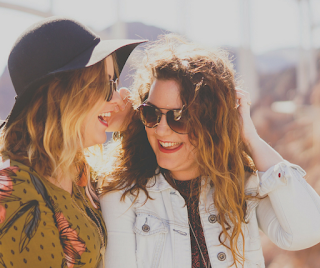 So how do we recognize an ear worm? It’ll discourage all of that. It’ll be a voice trying to isolate you and defeat you.

The sooner you recognize it, the better.

Stop the ear worm from burring in so deep by boldly hitting the “hold” button. That sucker can listen to elevator music while you recharge with truth from God’s Word and God’s people.

Yes, God’s people. Despite the instinct to pull back into yourself. That’s really important, because when an ear worm is stuck in our heads, we may have trouble finding truth all on our own.

Two people are better than one,
because they can reap more benefit from their labor.
For if they fall, one will help his companion up,
but pity the person who falls down and has no one to help him up.
Ecclesiastes 4:9-10, NET

What discouragement have you been silently coping with? How has it frozen and debilitated you? What has it told you to keep you from reaching for help?

Let this post serve as someone reaching across you to punch the hold button. This is your chance. Phone a friend. Send an email. Spill it all over coffee. Whatever it takes. Find a trustworthy friend, and work together to find truth that encourages and lifts you up.

And let us take thought of how to spur one another on to love and good works, not abandoning our own meetings, as some are in the habit of doing, but encouraging each other, and even more so because you see the day drawing near. Hebrews 10:24-25, NET

Don’t let #discouragement isolate you! Find help by reaching out – via @emilyrconrad