Signing on to Do God’s Work 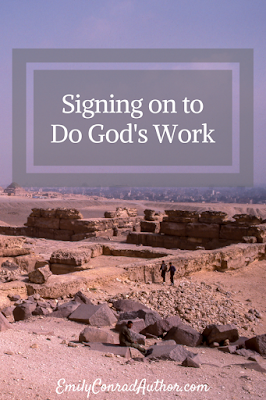 Yesterday, I sat in a coffee shop with a friend who goes to a different church. I asked how things were going there, and she mentioned people have started to volunteer for things around the church. It seemed that there had been some kind of collective realization about the importance of joining in the work in a more involved way.

This stood out to me because “be strong and courageous and do God’s work” is the theme in a book I just read. 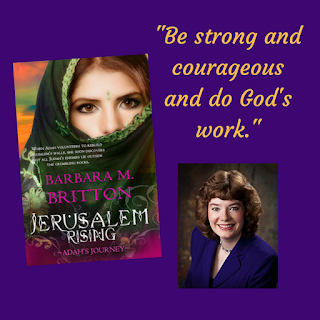 Last week, Barbara Britton launched Jerusalem Rising, a novel that explores the first six chapters of Nehemiah. I was part of her launch team, so I was privy to an early copy, and you can read my review on Goodreads.

I didn’t commit to doing a blog post about the book, but I found the story inspiring, so here we are!

The heroine in Jerusalem Rising encourages her family to participate in rebuilding the wall. Part of her reason for doing so is so that their names would be recorded with the others as having joined in the work and in God’s plan for His people.

One of my favorite parts of Biblical fiction is the renewed sense of curiosity it gives me for the Bible, so this morning, I took another look at those first few chapters of Nehemiah.
It turns out that I’d gotten some of the events of Nehemiah switched with those in Ezra—I won’t spoil anything for anyone who’d like to read the book without remembering specifics first, but I will say I was in for some surprises.

When I read the actual account in Nehemiah, I picked out the verse that Barbara mentioned to me when she described the inspiration for the novel:

Shallum son of Hallohesh, head of a half-district of Jerusalem, worked on the section adjacent to him, assisted by his daughters. – Nehemiah 3:12, NET

I also looked for the names of other characters, and I found one among all the other names of those who pitched in to do the work God had inspired.

Because of my whole Nehemiah/Ezra confusion, I did some reading in Ezra, too. Ezra ends with a list of its own, but this list is tragic, rather than inspiring.

It’s a list of those who disobeyed God. They took foreign wives who served other gods and were likely to lead their husbands and any children they had toward doing the same.

All of this together has me thinking about what I’ve signed up for. All and only because of Jesus, my name is in the Book of Life, but where else might my name be found?

Though there is no condemnation for those who are in Christ Jesus, we’re still called to obey, and I still fail. What list might I end up on if a record like the one in Ezra were created today?

But as I seek to remove sin from my life, what am I doing in a positive direction? 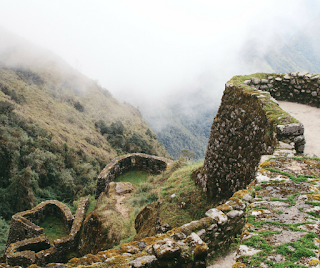 The church, Christ’s body, still needs volunteers. Each of us has been created with a purpose, and, as Adah from Jerusalem Rising might say, Woe to anyone who would ignore the call of God in their life. What of our work will withstand the fire of judgement described in 1 Corinthians 3:12-15?

None of us can do everything, but all of us are called to something. What work have I signed on to do? Where have you signed your name?

Picturing my name signed to a scroll, boldly written as a volunteer who won’t shy back when the going gets tough, lends accountability and a sense of community.

We don’t sign on to do the work alone. We’re a part of a larger body, of which there are many members. There may be opposition, as Nehemiah and the people of Jerusalem faced, but with Christ as our head, we will not fail because Christ does not fail.