She Who Believed – Faith for the Long Haul

by emilyconrad@sbcglobal.net | Mar 8, 2018 | Blessed is She Who Believed, Dreaming with God, Emily Conrad, Faith for the long haul, Justice novel, The Justice Blog Tour | 0 comments 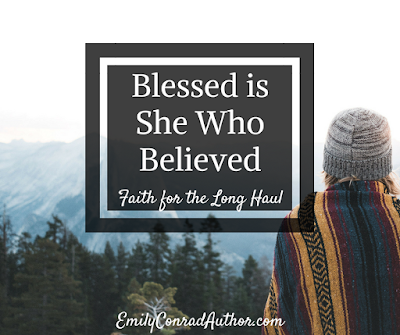 Ever feel like you were called to something, only to later be discouraged in that very same pursuit?

I’ve definitely been there, and this verse, one I didn’t internalize until I was studying up on the account of Mary and Joseph for Justice, has been such an encouragement to me:

“And blessed is she who believed that what was spoken to her by the Lord would be fulfilled.” – Luke 2:45, NET

I’ve spent my fair share of time trying to force things into existence, but that’s not what this verse says will happen. Rather, these promises of God simply “would be” fulfilled.

Whatever the situation, the outcome is in God’s hands, not ours, and God is faithful. We can believe Him. We can trust Him. We can quit trying to muscle anything into existence. He’s got this.

What a relief! So, that said, I’m going to finish prepping this post, and then I’m going to get away from my computer and all the striving I do while I’m sitting here, eyes on the screen, fingers on the keyboard. My future is safe with God, and so is yours.

I encourage you to do the same–get some quiet time to draw close to Jesus, even if it means you don’t visit a single one of the posts I’ll share below. Jesus is more important. He’s our life and our hope. He’s everything.

Prize Him above all else.

Oh, PS. Someone shared this Podcast by Karen Ball and Erin Taylor Young, titled Did God Really Ask You to Write?, with me, and it speaks to this same issue. If you want to dig deeper into these themes, consider giving it a listen! 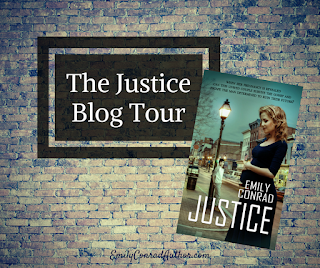 on A Baker’s Perspective

A mix up of Christian fiction quotes and authors–can you match them up? Yup, my name and a quote from my book are in the mix! Even if you haven’t read it, you have a shot at this one, as the quote has been in a meme I shared and a rather obvious word is in it… 🙂

an interview with Susan Baganz

When did you decide that you would be an author? Was it something you fell into, felt called to… ?

I started writing short stories in eighth grade English class, and by the end of high school, those stories had lengthened into novels. Sometime in there, I decided I wanted to be a writer. In that way, it was something I fell into, but the decision to pursue it as a full-time endeavor in 2014 was more of a calling. I felt God had orchestrated just the right events to make it clear that it was time to give this writing thing my full effort at least for a time.

Let Me Tell You About Forgiveness

I may have titled my debut novel Justice, but it’s forgiveness that keeps popping up in the notes I’ve received in response to the advance reader copies I sent out.

Among them was Allie’s sweet email, quoting her pastor, who said, “Forgiveness doesn’t necessarily mean reconciliation—but it is required for redemption.” 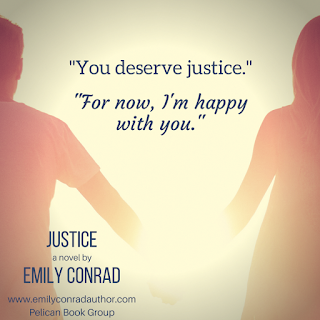 Tomorrow is launch day, and that means a giveaway! Find out more and enjoy the post tomorrow on Christina Hubbard’s blog Creative and Free!
Whatever the situation, the outcome is in God’s hands, not ours, and God is faithful. via @emilyrconrad