Rethinking What It Means to Win 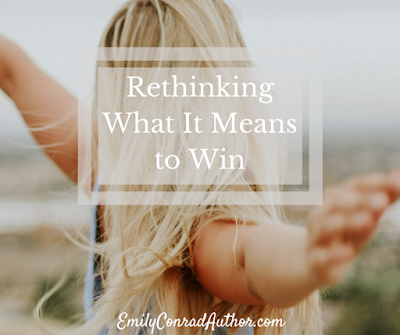 In a video study on the Gospel of Mark*, Francis Chan says that the disciples “were so used to winning,” they went into Jerusalem with Jesus that final time leading up to the crucifixion thinking, “We’re going to take this over.”

And then, they saw Him crucified. And that did not feel like a win.

Chan’s point is that, faced with such horribly disappointed expectations, such a terrible loss, we, too, would’ve reacted like the disciples did when Jesus was arrested, tried, and crucified.

How Jesus’s death must’ve called everything into question for them. How they must’ve doubted and grieved from the time of Jesus’s arrest up until His resurrection.

Taking that excellent point a step further, Chan’s comment got me thinking about what it means to win and my own attitudes toward winning.

What the disciples didn’t know as the crucifixion occurred was that this apparent staggering loss was not actually a loss, but a vital (albeit painful) step toward the ultimate win.

Jesus’s enemies didn’t see it, either.

In Mark, we’re told that as Jesus hung on the cross, bystanders taunted him by reminding Him of one of His prophesies:

“Aha! You who can destroy the temple and rebuild it in three days, save yourself and come down from the cross!” Mark 15:29-30, NET

They’re misquoting the prophesy recorded in John 2:19. Jesus didn’t say He would destroy the temple, but that’s not the only thing these people didn’t understand.

They also didn’t understand the part the crucifixion played in that prophesy, that by dying on that cross, He was allowing them to destroy the temple so He could rebuild it.

What appeared to be a loss was a vital part of the win.

As I look at my own life, I’m convicted that I, too, am used to winning. 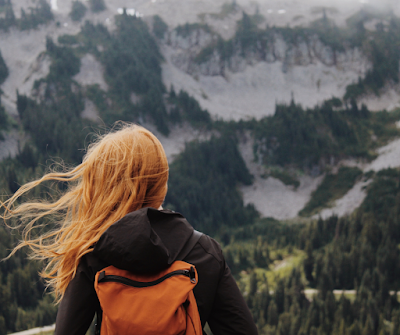 As a white, middle class American, I’ve been raised to believe that if I work at anything hard enough, I can achieve it. My husband and I live on one income, and yet we have more than we need. We’re both healthy, have achieved some career success, and are well supported by family and friends. Crime is low in our city, we can practice our faith without fear, and we don’t have to worry about going cold or hungry. Sure, not everything goes our way, but really, what do we have to complain about?

But, circumstances can change in a moment, and because I’m so used to winning, it takes much less than a torturous death to throw me into doubt and fear.

Some of our life experiences will be excruciating. There will be times we will plead for events to take a different course, and times we will grieve and not understand what God is doing. I’m not trying to gloss over the pain and insist that we keep smiling as our hearts break.

But, in all of these things, we have an anchor for our souls (Hebrews 6:19) Who keeps us from grieving like those who have no hope (1 Thessalonians 4:13).

The same Jesus who predicted His own death and resurrection also promises to be with me always. His Word promises that He will work all things for the good of those who follow Him.

The same #Jesus who predicted His own death and resurrection also promises to be with me always. His Word promises that He will work all things for the good of those who follow Him. #encouragement via @emilyrconrad 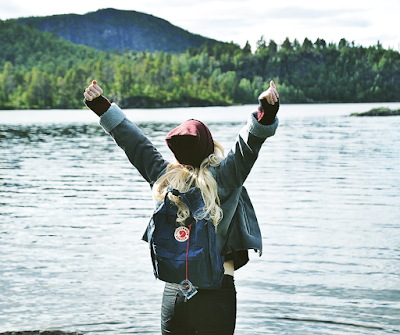 And we know that all things work together for good for those who love God, who are called according to his purpose, because those whom he foreknew he also predestined to be conformed to the image of his Son, that his Son would be the firstborn among many brothers and sisters. (Romans 8:28-29, NET)

When I face a loss, God hasn’t failed. He invites me, even in grief and pain, to adjust my view of what it means to win and lose. He invites me to think not in terms of earthly success, but heavenly power and destiny.

When I face a loss, God hasn’t failed. He invites me, even in #grief and pain, to adjust my view of what it means to win and lose. #Jesus invites me to think not in terms of earthly success, but heavenly power and destiny. via @emilyrconrad

“I have told you these things so that in me you may have peace. In the world you have trouble and suffering, but take courage – I have conquered the world.” (Words of Jesus, John 16:33, NET)

As we face setbacks and trials, we have hope when we keep our minds fixed on Jesus’s victory and overcoming strength–strength He lends His children in their moments of weakness and suffering.

No matter the struggle or affliction, ultimately, God is in control. He is working all things for the good of His children. He’ll win. In fact, because of the work He completed on the cross, He’s already won on our behalf.

For our momentary, light suffering is producing for us an eternal weight of glory far beyond all comparison,  2 Corinthians 4:17, NET

*The study quoted is “The Gospel of Mark,” speaker Francis Chan, publisher Right Now Media. The quotes came from session 11 if you have access to Right Now Media and want to look it up!

In all of these things, we have an anchor for our souls (Hebrews 6:19) Who keeps us from grieving like those who have no #hope (1 Thessalonians 4:13). A post about the hope we have in #Jesus @emilyrconrad