by emilyconrad@sbcglobal.net | Jul 12, 2018 | Emily Conrad, faith through trials, Responding to Storms Like Jesus Did | 6 comments 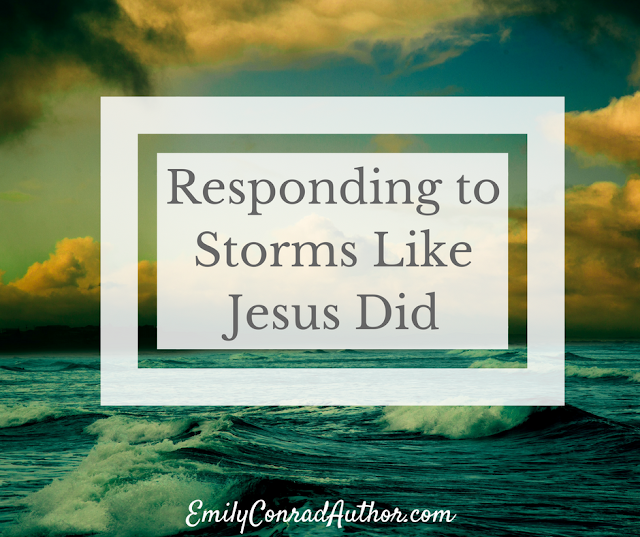 A couple of weeks ago, I posted about wind and waves, writing about how trials bring us closer to Jesus. Because of conversations that arose out of that post, I read accounts from the Gospels of instances where Jesus and the disciples faced rough seas together.

Jesus certainly had a different way of responding to wind and waves than his followers did. And I don’t simply mean His ability to pull Peter up out of the water or to calm a sea with His words.
What I mean is that before the disciples asked Him to take action, Jesus seems to have simply been going about His business despite the storm.

In one instance, the disciples fought the wind to try to get where they were going. Despite what had to have been choppy seas, Jesus chose to walk on the water. (See Matthew 14, Mark 6, and John 6.)

In another, the disciples thought their boat would go down due to the storm. Meanwhile, Jesus slept. (See Matthew 9, Mark 4, and Luke 8.)

In that second instance, the circumstance sounds pretty scary. The boat was taking on water. The disciples couldn’t handle it, and they feared for their lives.

Was it wrong for them to wake Jesus and to ask for help? No, I don’t think so. We’re invited to bring our requests to God. But on hearing the disciples’ cries that they were all going to die, Jesus calmed the storm and then asked, “Where is your faith?” (Luke 8:25, NET)

If their faith had been in Jesus, if they had truly understood His identity, they wouldn’t have allowed fear to run rampant.

Nevertheless, the wind of worry has certainly whipped up some spectacular waves in my mind, and there have been times when fear and doubts have sucked my emotions under. I suppose that’s why I keep writing posts about it. 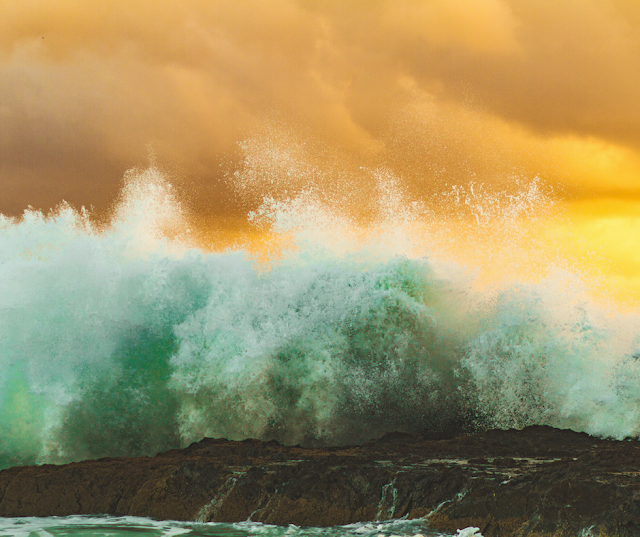 One night, thinking about some difficult conversations I expected to encounter over the coming months, I lay awake. What will I say when the time comes?

Also, in certain situations, I felt like I was sailing against the wind. How can I make headway?

As I cycled through these questions over and over, worried, I was supposed to be sleeping. Thinking wasn’t doing me any good. I was allowing fear to run rampant, and there had to be a better way to respond.

Because all this wind and waves talk was fresh on my mind, I thought about Jesus, sleeping in the boat while the waves did their thing.

What if I responded to this worry by sleeping the way Jesus initially slept during that storm? Wind and waves didn’t worry Him. Why should I by worried?

And my business right then, late at night, was to sleep.

I pictured an empty spot next to Jesus in that wave-tossed boat, and I imagined that empty spot was for me. I could lay down in peace and sleep, trusting that the God of the universe wouldn’t let the boat sink. And if He chose to, well… My faith is in Him, not a boat, and in Him, I don’t have to fear even death itself.

So I told myself, “I’m going to sleep in the bottom of the boat, next to Jesus.”

And shortly after, I fell asleep. 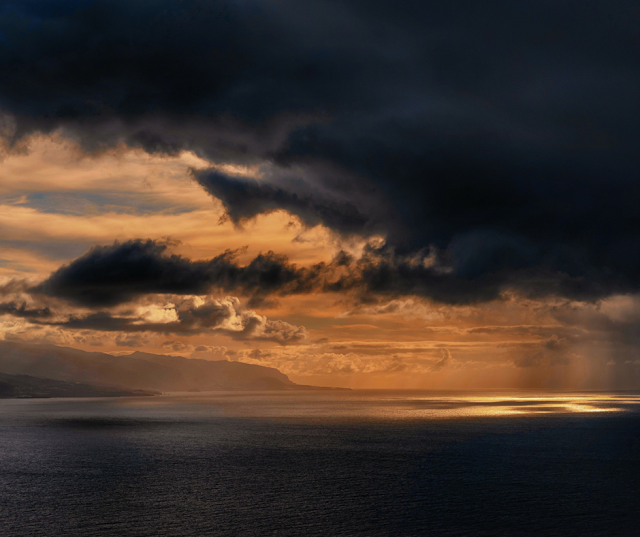 I rested and slept;
I awoke, for the Lord protects me.
Psalm 3:5, NET

I’m not advocating a passive approach to solving our problems. I’m advocating faith.

In the midst of storms, we need to cry out to Jesus, listen to His answer, and then act on that answer in faith. God might invite us onto the waves. He might calm the storm. Or perhaps He’ll instruct us to go about our business while He sees to the storm. And sometimes, that business is quite literally to sleep in peace.

Whatever answer He gives, we can trust Him. He is the all-powerful God, and with Him, we have nothing to fear, including death.

Because of Him and with Him, we can respond to whatever waves rock our boat with faith.

I could lay down in #peace and sleep in #trust that the God of the universe wouldn’t let the boat sink. via @emilyrconrad #faithoverfear