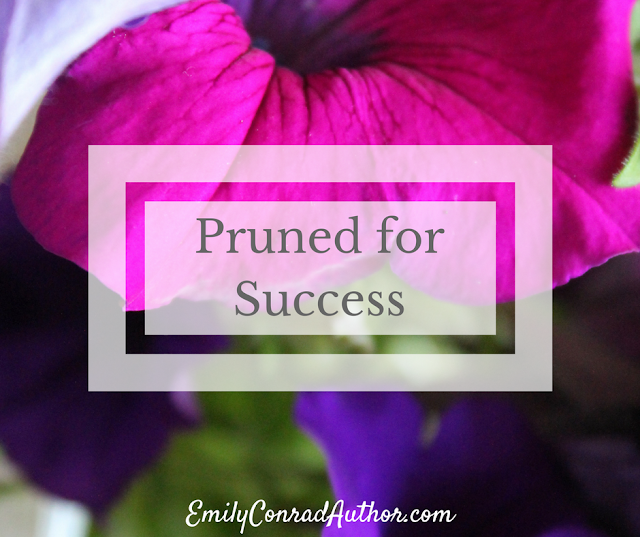 My in-laws graciously act as our plant-sitters when we go on vacation.

When we dropped off our outdoor potted plants this year before our trip, I was confronted with the fact that my petunias aren’t doing very well.

A single petunia at my in-laws’ covers a circle two or three feet across while my best petunia plant had extended one or two vines about ten inches long. Where my in-laws’ plants form a massive carpet of pink blooms, mine boasted five or six flowers.

Clearly, I was doing something wrong.

After vacation, my father-in-law gave my flowers back with advice and a margarine tub of fertilizer pellets. I was to apply the fertilizer and then do the opposite of what I wanted. I was to cut back the petunias and let them basically start over.

In a few weeks, he said, they should come back nicely filled out. 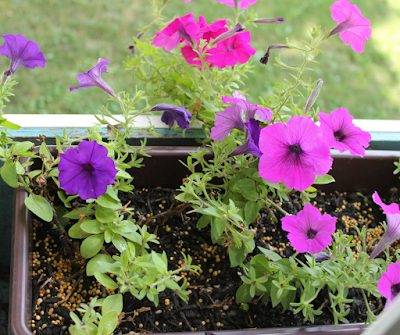 So I clipped them back, fairly confident he’s right. (Though I admit I took the flowers inside and put them in a vase to enjoy them while I can.) I think the pruning will help the plants because I’ve seen it with other plants, I’ve seen it with my writing, and I’ve prescribed it for others’ writing, as well.

Lobbing off chapters, branches, and vines sometimes seems like a radical idea, but pruning can bring out beauty like nothing else.

About eight years ago now, I cut three or four chapters from the start of a manuscript. Shortly after, I found a literary agent. A year and a half after bunnies chewed back half of my hydrangea plant, that half has come back healthier than the half that was left alone. 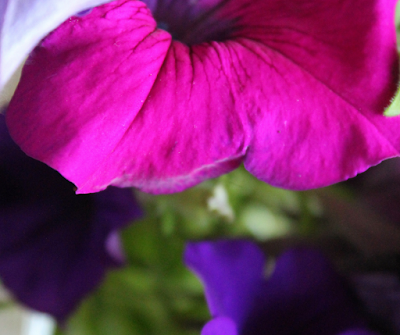 This is something I’ll have to remember the next time Jesus prunes me, too. It’s possible that something I see as progress in my life looks to Him like a scraggly, under-performing vine. If it’s for my ultimate good, I want Him to prune my life, as painful as it seems in the moment. By submitting to Jesus, I can flourish in my faith the way my in-law’s petunias flourish in their garden—to the utmost. But only if I let Him have His way.

“I am the true vine and my Father is the gardener. He takes away every branch that does not bear fruit in me. He prunes every branch that bears fruit so that it will bear more fruit.” Words of Jesus, John 15:1-2 NET

Your will be done, Lord.

What pruning success have you had in the garden, in writing, somewhere else?

By submitting to #Jesus, I can flourish in my #faith the way my in-law’s petunias flourish in their garden—to the utmost. But only if I let Him have His way. via @emilyrconrad