On Typos and Flourishing 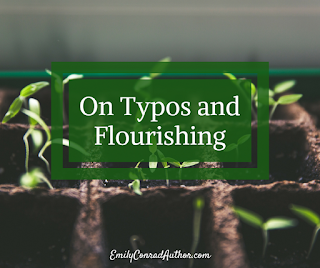 My worst-ever grade on a report card was a D in 4th grade spelling, and unfortunately, spelling is still an issue for me.

Recently, I quoted fellow author Barbara Britton’s comment about my book in a meme. After her name in the graphic, I added the name of her series of books, the Tribes of Israel series.

The hitch is, I swapped the “a” and the “e” around in Israel. I caught it only after it’d been shared by a bunch of people on social media.

Armed with one more typo story (as if I didn’t have enough already), I was extra-careful when placing an order for a banner to promote my writing.

I put my book cover on it and my usual information–name, website, social media, genres–as well as my tagline: Writing to foster faith that flourishes, even if…

But “flourishes” didn’t look right. On guard, I put it in Google and got this result:

I had it right, so I finalized the order for the banner, but that “grow in a healthy or vigorous way” sticks with me.

I pray God will use my writing in a way that lives up to that tagline, but let’s get real. I can’t even spell Israel correctly.

In fact, forget spelling–on my own, I don’t even get to put letters on paper. I often sit down at my keyboard with no idea of what to write.

Have you noticed areas like this in your life, too? You have grand hopes for what your work will accomplish in the ministry God’s given you, but you can’t make anything flourish. 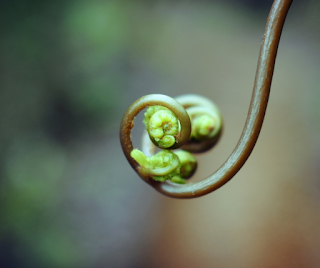 I have two “grow kits” sitting next to me as I type this. They include a biodegradable pot, “growing medium” (code for “dirt”), and seeds. One is for organic tomatoes, the other for organic sugar snap peas. I bought them for $1 each on impulse this morning and was excited to start them. However, after doing a little research, I learned that I shouldn’t do so quite yet, when I won’t be able to move them outside for about three months.

I know what happens if I grow outdoor plants indoors: they become tall and weak, prone to dying when they do make the move outside. To flourish, they need warm temperatures and more sunlight than I can offer.

Because I want the plants to flourish, I’ll follow the directions and depend on something bigger than I can control.

Undertaking endeavors with God is like that. Lest we start to think of ourselves as sunshine or warmth, the creation account in Genesis reminds us we’re the dirt.

But Genesis doesn’t stop there. With God, dirt can live and breathe and flourish, not because of dirt’s qualities, but because of God’s.

Get all that? We plant and water, but we’re not the main event. We’re a field (more confirmation about the dirt thing). Whatever comes of the work we are assigned is all God.

So how can a poor speller and a often idea-less writer ever hope to write to foster faith that flourishes? How can God use your ministry His glory?

We dedicate the work to God. We ask Him to take it over. We show up in season and out (2 Timothy 4:2). We trust God to be faithful.

For my part, I’ve seen that even when I sit down with nothing to write about, God shows up and makes something from nothing.

Showing up to do the work on days like that is like setting a pot with dirt and seeds out in the warm sunshine. I don’t know how it works, but I’ve seen the resulting growth. 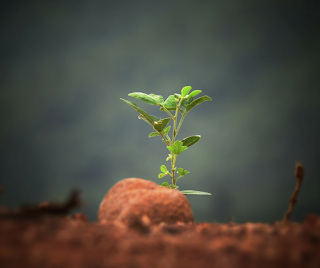 The use of the word “flourish” has been declining since 1800, according to Google. Maybe we’re forgetting how to spell it, or maybe we’re struggling to see it in our lives, or maybe we’ll settle for any growth–flourishing or scraggly and thin, like a tomato planted inside far too early in the year.

With God, however, I believe the word “flourish” will always be in vogue.

Let’s keep showing up, imperfect as we are, and let God do what only God can do–cause souls to flourish.

How blessed is the one who does not follow the advice of the wicked,
or stand in the pathway with sinners,
or sit in the assembly of scoffers!
Instead he finds pleasure in obeying the Lord’s commands;
he meditates on his commands day and night.
He is like a tree planted by flowing streams;
it yields its fruit at the proper time,
and its leaves never fall off.:
-He succeeds in everything he attempts.
Psalm 1:1-3, NET

Let’s keep showing up, imperfect as we are, and #letGod do what only God can do–cause souls to #flourish. via @emilyrconrad