Life Lessons from a Sleep Mask: What’s Influencing You? 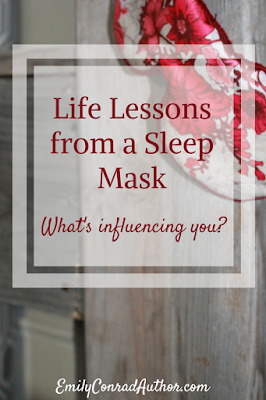 Having a bedroom with 3 skylights has turned me into a bit of a sleep mask snob.

I have a favorite with a pretty satin floral pattern on one side, velvet on the face-side, and real lavender inside. The mask is getting older, and, unfortunately, my hound also likes the smell of lavender… I caught him chewing on my precious mask. He didn’t damage the fabric exactly, but he soaked it with slobber.

I thought better of subjecting something with real lavender inside to the wash, so I cleaned the mask in the sink and dried it out again, but getting it wet (or maybe it was the slobber) turned the satin yellowish. And I’m still leery of the idea of residual slobber. I love my dogs, but there are limits.

Cue a hunt for a new favorite sleep mask.

The packaging of the one I found promised the mask inside was lavender scented. It smelled okay in the store, but when I got it home, the fragrance was fake and powdery instead of the soft zing of real lavender. Even worse, this new mask has so many beads in it, it may as well be a big pink beanbag pressing heavily against my eyes. 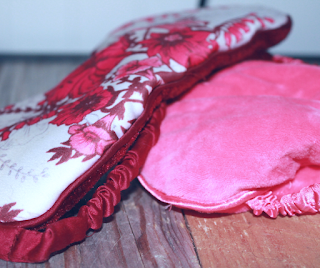 Disappointed, I tossed the new mask on a bedside shelf, where I also keep the old one. Since I can’t sleep with the new one on, I remind myself that I cleaned the slobber off the old one and use that if I really need to block out sunlight. Unfortunately, one day when I lifted the old mask, up wafted the scent of the new mask.

Because I was storing them together, the lighter scented old mask had begun to take on the stronger, unpleasant scent of the new mask.

I immediately started trying to mind-control the old mask: No! Don’t do it! You had it right!

I do, however, understand the sleep mask’s struggle.

Suddenly, a newer mask was in town. It looked different and smelled different, and since I’d brought it into the house, I must’ve thought it was worth having here. It’s enough to make any sleep mask insecure. No wonder it felt a need to adjust.

Yes, I’m projecting my own tendencies on a sleep mask. There have been times when I’ve needed Jesus to say through Scripture and believing friends the same thing to me that I said to the sleep mask: No, don’t do it! You had it right!

So, as soon as I smelled that powdery scent on the old mask, I knew the lessons applied to how people influence each other. 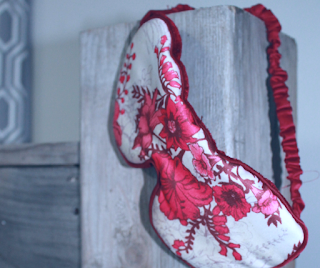 We tend to smell like the people we hang out with, not in the physical sense, but in the sense of our attitudes and behaviors. I’ve noticed this to both negative and positive effect in my own behavior. Hanging around people who are gossiping makes it easy to gossip myself. Spending time with an attentive listener inspires me to do better at listening and connecting myself. We’ll never completely separate ourselves from bad influences, but we can be careful about who we allow into our inner circles.

It’s easier for the bad to transfer than the good. The fake scent is stronger than the real scent of lavender. In this fallen world, temptation and worldly habits are often much louder (and more attractive) than the still small voice that bids us come, pick up our cross, and follow. As we change, we need regular time with God to instill the good and weed out that which goes against Christ’s teachings.

Different does not necessarily mean better. In some cases, it’s just different. 1 Corinthians 12:12-31 talks about the church being made up of believers with varying roles. We do well to learn from, benefit from, and serve each other, but all while maintaining our own purpose, our own identity in Christ.

In other cases, different does in fact mean better (or worse) because we live in a sinful world. The Bible tells us that those who are not genuine followers of Christ live among those who are. (See the Parable of the Weeds in Matthew 13:24-30, and 36-43.) And let’s be honest. Christians also sin. We’re in danger when we blindly emulate each other without first checking with the Bible. 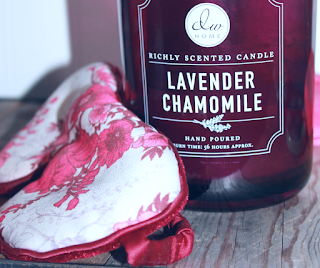 The explosion of some new teaching or idea or belief doesn’t make it better or right. A person’s popularity or seeming success doesn’t mean we’re to do as they do.

Rather than being easily influenced, we’re to test everything and hold onto what’s genuine.

But examine all things; hold fast to what is good. 1 Thessalonians 5:21, NET

Do you see the implication in those directives?

The sleep mask, an inanimate object (no matter how thoroughly I try to anthropomorphize it) is a victim of its circumstances. It’s going to absorb things like fake fragrance and even dog slobber (ew).

But in Christ, we are more than conquerors, and we have a choice. We can choose to examine ideas and attitudes and beliefs. When we diligently cling to Jesus as our primary influence, we can choose to repel the harmful and hold onto the good.

Rather than being easily influenced, we’re to test everything and keep the genuine via @emilyrconrad #faith