by emilyconrad@sbcglobal.net | Oct 18, 2016 | a man after God's own heart, accepting grace, an example of repentance, Chosen and Approved, Emily Conrad, exercising mercy, faith, Lessons from David for the People Pleasers | 20 comments 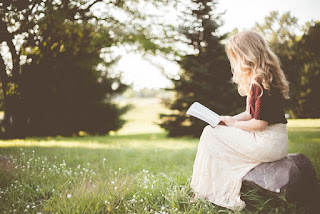 My modern conservative Christian mind has trouble with David and all of his wives. Then, I read about his affair with Bathsheba and the plot against Uriah, and I don’t understand how God could’ve chosen this man for such an important role. Yet the Bible says David was a man after God’s heart, so despite his flaws, David was right with his God.

And I’d be wise to learn from his example.

An Example of Repentance

After sinning with Bathsheba and murdering Uriah, David says to God in Psalm 51:4, “Against you – you above all – I have sinned; I have done what is evil in your sight.” (NET)

Um, hello, David. Bathsheba and Uriah were majorly affected. What about them?

The people-pleaser in me would have a hard time praying the same prayer as David. That part of me would demand I focus more energy on rectifying the situation with people than with God. After all, God forgives. But people? That’s shaky ground.

David’s prayer, however, shows he was most concerned about pleasing God. And though we must care for human relationships and seek forgiveness, pleasing God should also be our number one concern.

Repentance is something to be treated with reverence, not a flippant attitude of “God forgives, it’s all good.” God is holy. God determines right and wrong. Our sin shows a disregard for him and for that which he created. This is serious business, and we’d do well to let David remind us of this. 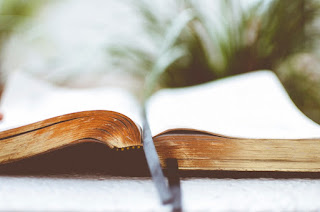 An Example of Accepting Grace

Though David did turn to God, repentant, the child conceived during the affair dies as a consequence of David’s sin. David intercedes for the child, but once the child dies, David picks himself up. He knows his heart is once again right with God and there’s nothing more he can do, so he accepts grace and moves on. He doesn’t dwell in regret.

And maybe that’s the biggest shock of this story for me. Not only is David not overly concerned about pleasing people around him, he’s not beating himself up for his failures.

How could he live with himself? How can I learn from him to move on after I fail?

David focused on God, and God forgives perfectly. When we’ve displeased a person, even if we’re sorry, it usually takes a while to get back in their good graces.

Maybe that’s why so many people-pleasers are perfectionists. We know any misstep will cost us our coveted audience of pleased people. We feel guilty and unqualified for the work of God. And in our pain, we judge others, deeming them unqualified as well.

But when we bow our hearts before God for forgiveness like David did, we are completely and utterly forgiven. Forgiven, we’re free to move on.

Then, rather than guilt, grace determines our next steps.

When we accept grace, we are better able to extend it to others, something we’ve been given great power and responsibility to do. Something else we can learn from David.

An Example of Mercy

When the prophet Nathan confronted David with a story paralleling the situation with Bathsheba and Uriah, David said the guilty man deserves to die. But then David assigned a different punishment.

He was going to show mercy, even before he found out he, himself was the guilty party.

Next, Nathan then tells David that God is sparing him from death but that there will be other consequences. I wonder if this is an example of God forgiving us as we forgive others. 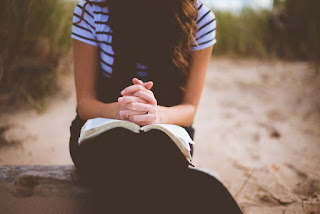 A Man After God’s Own Heart

David’s story is challenging for me because it convicts my perfectionist, people-pleasing ways. I want to be a woman after God’s heart. I don’t want to waste my life chasing anything less, and David’s story shows me quite clearly some areas where I have a tendency to substitute people-pleasing for God-pleasing.

We must seek God’s heart, first and foremost. When we sin and repent, He offers perfect forgiveness to free us from guilt. And we are to extend that to others as we live lives focused not on pleasing people but God and God alone. 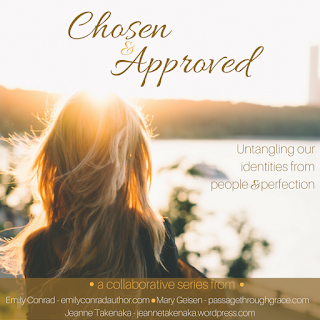 P.S. This post is part of the Chosen and Approved series with Jeanne Takenaka and Mary Geisen. Check in on Tuesdays through November 8th for the latest installment as we join forces to untangle our identities from people and perfection. You can read all the posts here.

P.P.S. I don’t normally include attributions for the photos I use in my posts because if they’re not mine, I’ve gotten them from a Creative Commons Zero site. However, I was thrilled to find Christian photographer Ben White, whose photographs appear in the body of this post, on Unsplash.com, and I wanted to let other Christian bloggers know where to check out more of his work.

We must seek God’s heart, first and foremost. #Chosenandapproved via @novelwritergirl