As I type this, I’m watching my third Christmas movie of the year, and I’m struck by the fact that if Christmas were truly about Santa Claus and the “Christmas spirit” as these movies seem to represent, it would not be worth celebrating every year. Jesus Christ is infinitely more powerful, valuable, and necessary than Santa Claus. And that’s good news, because if you think about it, Santa has quite a few limitations!

Santa Claus cannot stop evil or injustice. In the movies, though he represents the good traits of love and hope, he’s in need of saving from the bad people of the world. He doesn’t see it coming when someone with malicious intentions interacts with him, say to get Santa to act out violently and be admitted to a mental hospital.

On the other hand, Jesus sees right through people and knows them better than they know themselves. Here’s an example with one of his disciples: But Peter said to him, “Lord, I am ready to go with you both to prison and to death!” Jesus replied, “I tell you, Peter, the rooster will not crow today until you have denied three times that you know me.” (Luke 22:33-34, NET) 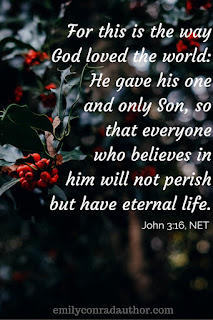 Santa doesn’t offer eternal hope. He encourages “good” lives, but what comfort does Santa Clause offer for eternity? Would he be of help to a person on their death bed?

Jesus, too, encourages his followers to live lives of love and hope, but he also offers peace with God for eternity through a relationship with him. As Jesus says in John 3:16, “For this is the way God loved the world: He gave his one and only Son, so that everyone who believes in him will not perish but have eternal life.” (NET)

Santa Claus’ power relies on the belief of the people. If the movies are to be believed, Santa’s sleigh won’t run without people believing in him, or Santa is only Santa if the children believe him to be so.

Unlike Santa, God is real and His power is not diminished if people choose not to believe in Him. Peter explains that though Jesus was rejected, He is still the only way to be saved: “This Jesus is the stone that was rejected by you, the builders, that has become the cornerstone. And there is salvation in no one else, for there is no other name under heaven given among people by which we must be saved.” (Acts 4:11-12, NET) 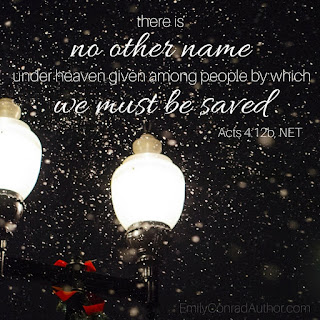 Santa Claus needs others to fight for him to keep his cause from being ruined. Call the lawyers! Santa was arrested! He stands for something good, and if he goes to jail, that’ll ruin everything he stands for.

Now, Jesus does ask His followers to represent Him to the world, but even when the courts of the day crucified Jesus, God’s plan was not thwarted. Even a guilty conviction and death couldn’t stop his power. He raised from the dead, and His message endures to this day. As Peter declared in Acts 2:24, “But God raised him up, having released him from the pains of death, because it was not possible for him to be held in its power.” (NET)

Santa Claus, in the movies, gets tired and/or dies, and a new Santa Claus must pick up the torch.

With this in mind, celebrate Jesus Christ and His birth this Christmas because He offers hope for eternity–not just for one day of the year. Celebrate God doing for you what you could not do for yourself. Celebrate the relationship with God offered only through Jesus. 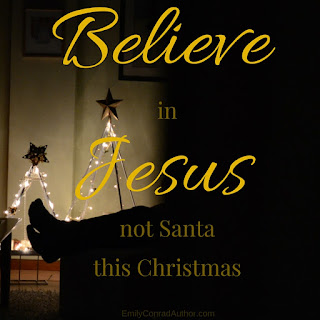