Indivisible: When the Hero of the Story Chooses You 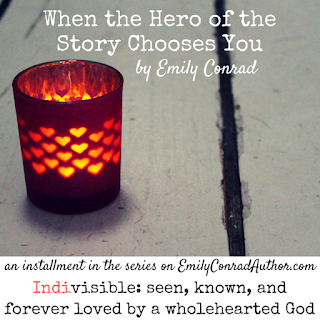 (Fair warning: There are spoilers in this post about Green Dolphin Street by Elizabeth Goudge. Since the novel was published over 70 years ago, I hope you won’t mind me letting the cat out of the bag…)

Can I just say it like it is? Marianne annoyed me. She was self-centered and proud. She had a habit of grabbing what she wanted at the expense of good people. She wasn’t pretty, well-liked, hopeful, or generous.

Marianne’s sister was her opposite. I cheered for sweet, beautiful, positive Marguerite in her pursuit of the man both sisters loved, William.

But then, as the result of a silly mix up, the kind and heroic William married Marianne to save her from humiliation—though she totally deserved a big dose of humility (IMHO, of course).

I got so frustrated with the book that my reading slowed to a crawl. Little did I know that Green Dolphin Street by Elizabeth Goudge would go on to teach me more about love than any other novel I’ve ever read.
When the wedding occurred in the novel, the formula for true love I believed was: Emotion+Choice=Love.

Choice needed to be part of the equation, that was for sure. I’ve been married long enough to know that sometimes, it’s the choice, the commitment that keeps things together when emotions bolt. But I wasn’t ready to completely drop emotion from my equation.

I thought of the shorter formula Choice=Love as a chore and an unrewarding burden, that, in the case of William and Marianne, made for a tragedy.

At first, William’s character seemed to agree. He struggled to live with–let alone love–his wife. Only with difficulty did he choose again and again to show love to Marianne by honoring their marriage and the commitment he’d made her.

She was unlovable. He loved her anyway.

She didn’t deserve his life. He dedicated it to her anyway.

She was proud and selfish. He stayed with her through the years and eventually his love broke through.

In the end, his choice to unbegrudgingly show her love she didn’t deserve resulted in her redemption.

In this, his character showed me something about the undeserved, unconditional love Jesus has for each of us.

Just like I asked why William would ever go through with marrying Marianne, the Psalmist asks God, “Of what importance is the human race, that you should notice them?” (Psalm 8:4a, NET)

After all, without Jesus, there’s nothing attractive about us, as shown in the grim picture in Romans 3:10-12 (NET):

And yet this story has a Hero. 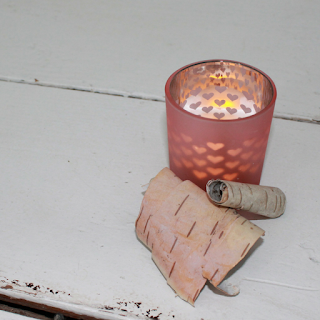 Just as William chooses to marry and love Marianne, Jesus says to his disciples in John 15:16 (NET), “You did not choose me, but I chose you.”

There is great security in this. We were all sinners when Christ first called us. Being a sinner didn’t disqualify us then, and the fact that we’re still not perfect (far from it) even as we follow Him doesn’t disqualify us now. He made a choice. He chose to love us and promised eternal life to those who believe in Him. This redemption is based on His actions on the cross, not on any actions of our own that we can take pride in.

And so, I find myself to be very much like Marianne.

I am a sinner. Jesus loves me anyway.

I don’t deserve His sacrifice. He died for me anyway.

I still tend to be proud and selfish. Jesus meets me there and leads me to breakthrough.

It is because of His love that my eternity is secure. Better than any fictional hero, Jesus is real and alive and well. Jesus is the hero of my story and, moreover, of history.

If He’s not already, He wants to be the hero of your story, too.

When we accept Him as such, He transforms us until we can show His love to others like William did–and what a privilege that is!

What were once an opportunities for hurt feelings or grudges become opportunities to leave emotion out of it and choose love. To pray. To assume the best. To lavish grace. To restore. To show kindness.
To point others to the Hero who loves them and won’t hesitate to pull from the mire anyone who chooses Him in return.

This love for us is not based on good looks or behavior and so, is free to be unconditional. This is redeeming, life-giving love, extending an invitation that reads: Accept and abide in this love, and you will be forever secure.

As a novelist, I’d love to know: what novels have changed your perception of life, love, and/or God?

The winner of the Heart Seekers Series from Jerusha Agen’s guest post is Rachel! If you missed out on that giveaway, keep in mind we have one for a lovely journal still going as part of Rachel Scott McDaniel’s guest post here. 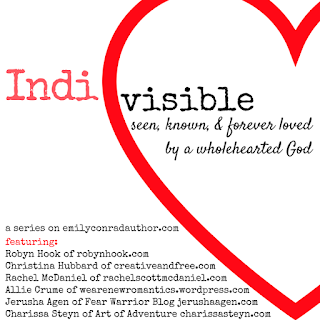 This post is part of the Indivisible series. To get more info about the series, guest writers, giveaways, and the free short story, check out the first post here. New posts will be going up each Tuesday and Thursday through February. As they’re added, you’ll be able to read them all here.