Hello from the Desert: Postcard from a Genesis Non-Winner 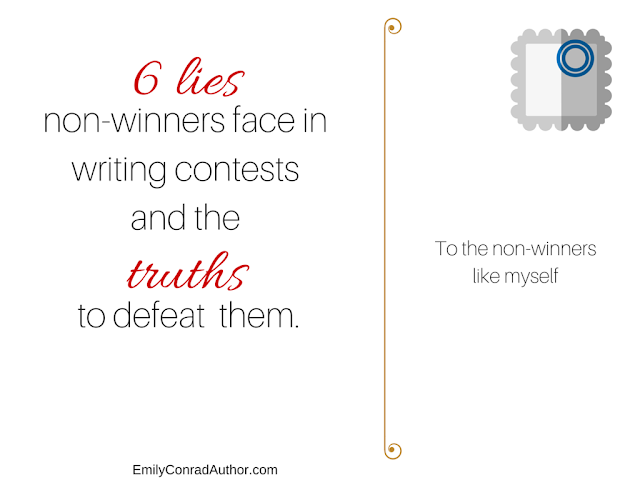 I was going to miss my regular blog post today because there’s a lot going on with our move and home repairs, but then ACFW’s Genesis results came in.

I’m not a winner. The two manuscripts I entered are out in the first round this time, and immediately–immediately!!–the lies started to seep into my brain. I first recognized them when a friend asked if I was okay following the semi-finalist announcement. I felt kind of numb to the whole thing (or so I thought), and maybe that’s why my silly brain thought it could slide this response past my better judgement: Yeah, I’m fine. I’m just going to give up on writing.

No, I didn’t even type it out until I just did so for you here. Because I’m not giving up. But if you’re anything like me, trying to reconcile yourself to contest results that weren’t what you’d hoped for, you’re also battling a few lies today.

Funny how in my last post, I wrote about how there’s a desert between the ‘before’ and ‘after’ pictures that document success. There’s a long journey to get to the Promised Land. And now, I’m living there, in that desert with another disappointment. But actually, as I write this post, I’m encouraged. I’m battling the lies.

Let’s battle side-by-side, shall we? Let’s put those lies out in the open and skewer them.

Lie #1: It must be time to quit writing.
Truth: Um, hello. No! It is, however, time for some extra time with God and for some reflection. It’s time to take some time and get your bearings. Not placing in a contest doesn’t actually mean as much as it feels like it means when you first get the results. Sometimes, the scoring is really close and the deciding factor may have been something as simple as personal taste or one judge scoring harder than another.

Also, the same manuscript can receive drastically different scores in different contests and settings. For example, my First Impressions winning manuscript didn’t make the first cut in Genesis. Granted, part of this is due to the additional pages, which I realized needed more revisions to after I entered Genesis. But still. I’ve also never placed in a contest with the more current versions of the manuscript that landed my agent.

Lie #2: These judges have the final word on the quality of my story.
Truth: Judges’ comments and scores, there on your screen in black and white, seem so official and permanent and indisputable. But judges are human, too. They bring their own experiences and preferences into the scoring. They have to. I’ve liked published books my writing friends haven’t liked. And vice versa. Everyone has taste and style preferences. You do not have to apply every piece of feedback you receive.

Lie #3: The judges have no idea what they’re talking about.
Truth: The fact is, writing is subjective. You may not agree with all the comments, but they are someone’s perspective in a subjective industry, and that makes them worthwhile. Prayerfully consider what to apply and what to pass up. God is all-powerful and works everything out for the good of those who follow him. Choose to believe that everything includes which judges he assigned to your story. He chose them for your good, not for your harm. Take any stinging comments you receive (yes, I’ve gotten those, too, though I haven’t received my Genesis comments yet) and lay them at his feet.

And we know that all things work together for good for those who love God, who are called according to his purpose, because those whom he foreknew he also predestined to be conformed to the image of his Son, that his Son would be the firstborn among many brothers and sisters. And those he predestined, he also called; and those he called, he also justified; and those he justified, he also glorified. Romans 8:28-30, NET

Lie #4: God doesn’t care about the results of a contest.
Like I said above–like the Bible says–God works out everything for the good of his people. Contests included. In my case, if this post, which I can only write as the non-winner I am, encourages someone else, God is already using those judges, that score, this situation, for good.

Lie #5: Not placing in contests means my dreams will never come true.
Truth: Did you really start writing in order to win contests? I didn’t. My goal is to be published, and I don’t need contest wins to accomplish that. Sure, they add nice credits to my writing resume, but they aren’t the end-all-be-all.

But, since publication is on the minds of so many contest entrants, myself included, let’s talk about that for a minute…

I would rather have a soul beautified by the process he has for me, rejections and all, than a printed book that will one day go up in flames with the rest of the world. My soul is better off waiting on his perfect timing, whatever he has for me, than trying to force anything or resenting what he has or has not given me.

I’ve been reading through Isaiah, and 50:10-11 speaks to this. Here it is from the NET translation:

Who among you fears the Lord?

Who obeys his servant?
Whoever walks in deep darkness,
without light,
should trust in the name of the Lord
and rely on his God.

Look, all of you who start a fire

and who equip yourselves with flaming arrows,
walk in the light of the fire you started
and among the flaming arrows you ignited!
This is what you will receive from me:

you will lie down in a place of pain.