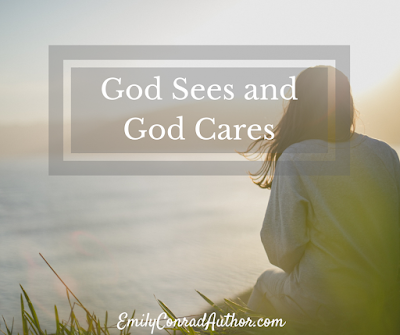 I grew up thinking of Hagar as less-than, as a mistake Abraham and Sarah made when they should’ve waited on God’s promise. She represented sin and detours from God’s will and consequences that lasted for generations.

But as I reread her story as an adult, I can’t deny that whatever her faults, Hagar was used and mistreated. She runs off into the wilderness to escape Sarah’s harsh treatment, and I wonder why I never felt more pity for her, why I was so quick to side with Sarah rather than God.

Because God finds Hagar in the wilderness, promises her a legacy, and even acknowledges she’s been afflicted (Genesis 16:7-12).

He doesn’t deliver her from all her trouble, at least not right away. In fact, he asks her to take on the difficult assignment of returning to her harsh mistress.

Yet Hagar recognizes she’s had an encounter with a God who notices and cares for individuals.

She’s met the God who sees her, and not for the last time.

Later, she’ll be sent off into the wilderness again, this time with Ishmael in tow. When they run out of water, she fully expects her son to die.

But the God who saw her the first time she was in the wilderness is still watching and still in the business of keeping His promises. He provides for them, and His promises to Hagar eventually come true.

I’m telling you this familiar story because God is still watching and is still in the business of keeping His promises.

I’m telling you this story because I needed the reminder, too, more than I knew.

The God who saw Hagar in the wilderness is still watching and is still in the business of keeping His promises. via @emilyrconrad #encouragement #Godsees 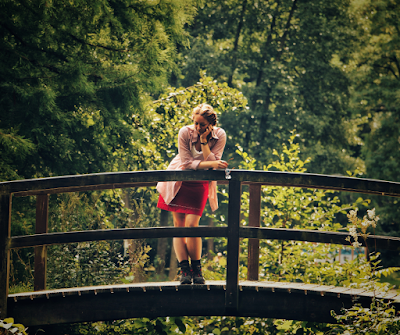 Recently, a friend sent me a message that, among other things, included the words “God sees.” I went from “fine” to teary in about five seconds flat.

Even believers sometimes need a reminder that God sees and cares, don’t we?

So, I’m passing on the gift my friend gave to me. God sees you, and He cares.

You may be fleeing some trial.

You may be enduring more than you ever thought you could.

You may have run headlong into the wilderness of discouragement.

The world may see you as less-than, or perhaps, that’s how you see yourself.

You may have been used and mistreated, forgotten and passed over, cast aside. You may suffer from someone else’s disobedience.

You may have made mistakes along the way, and you may see no choice but to give up.

I don’t know the details of your journey.

I do know God sees you. He knows your unique circumstances—your sin, yes, but also your faithfulness, your hurts, your belief, your despair.

And this God who sees you died for you. He loves you more than you can know. 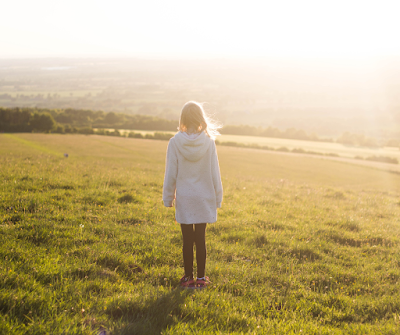 Where humans are weak, judgmental, and petty, He is strong, merciful, and forgiving. He is the God of new life and kept promises.

You cannot wander too far into the wilderness to be beyond Jesus’s reach. You are not less-than, forgotten, or abandoned. You are not a mistake.

You cannot wander too far into the wilderness to be beyond Jesus’s reach. You are not less-than, forgotten, or abandoned. You are not a mistake. via @emilyrconrad #encouragement #Godsees

The God who created you is with you. He is ready to save—eternally, yes, but in many other ways, as well.

Jesus wants a relationship with you. He wants you to believe Him and walk with Him. God hears the cries of His children, and He will answer. Our difficulties do not go unnoticed. Jesus sees us, and more than that, He loves us. Whatever God assigns us, He’ll walk us through. Whatever promises He makes us, He’ll keep.

The Lord watches from heaven;
he sees all people.
From the place where he lives he looks carefully
at all the earth’s inhabitants.
He is the one who forms every human heart,
and takes note of all their actions.
No king is delivered by his vast army;
a warrior is not saved by his great might.
A horse disappoints those who trust in it for victory;
despite its great strength, it cannot deliver.
Look, the Lord takes notice of his loyal followers,
those who wait for him to demonstrate his faithfulness
by saving their lives from death
and sustaining them during times of famine.
Psalm 33:13-19, NET

Our difficulties do not go unnoticed. #Jesus sees us, and more than that, He loves us. via @emilyrconrad #encouragement