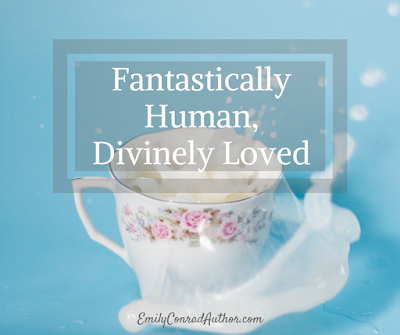 Milk was spilling all over the place last week, and I don’t just mean literally, though there was some of that, too.

First, a member of my household thought to save a bowl of cereal for later by putting it in the fridge without a cover. When I got up and went for milk to make my coffee, I found the bowl tipped, cereal-dotted milk pooled on the shelf and seeped into the space beneath.

I handled it and went on to make my coffee. I mindlessly placed the milk for my latte in the microwave and set the timer for at least twice as long as I should’ve. I discovered it a couple of minutes later, boiled over the beaker and onto the glass plate.

Spilled milk in fantastic fashion. And I don’t mean fantastic in a good way. 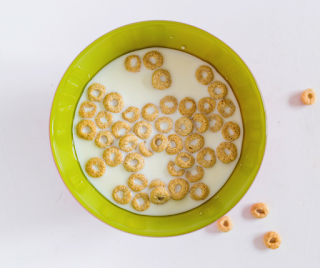 I cleaned that up, too, but literal spilled milk isn’t the only kind I faced. Just one example of figurative spilled milk: I created a memes to advertise my novel, and kept finding mistakes in them–after they’d been shared. Either something wasn’t centered correctly or I’d forgotten closing quotes. After fixing and fixing them, I thought I had my act together when I made a new meme quoting kind words a friend and fellow author shared about Justice. Only later did I notice I’d spelled the name of that author’s series incorrectly.

Even when I’m trying to keep it all together and do it all right, my humanity spills out in fantastic fashion.

Sometimes, the spill is trivial, and sometimes it is less so. I scramble to wipe it up before anyone notices, but messes have a way of pooling and seeping. Sometimes, it’s a mess that affects someone else, like that tipped cereal. And sometimes, the cleanup is entirely beyond me.

It’s a vulnerable feeling, this being human thing, and I don’t like it. As I notice my sin and failures, spilled milk and more serious infractions, I’m as helpless as the child in the grocery store who dropped the whole gallon of two-percent and watched it sploosh across the floor in ways she could never hope to hide or fix.

She thought she could do it herself. She thought she had it under control. Clearly, she was wrong, and there’s no going back now. She gets ready to burst into tears–red face, puffed out cheeks, bunched chin.

She gulps a huge breath of air to power a wail, but then she feels a hand on her shoulder. A big, warm, strong hand. She’s not at the store alone. She’s there with her father.

He pays for the damaged product. He cleans up the mess. He wipes his daughter’s face and places her safely in the cart. He forgives her, teaches her, brings her home, and provides generously for everything she needs–even when she proceeds to tip over her glass of milk there, too. She is his daughter, and his love for her is unconditional. He’ll forgive her again and again, clean her up again and again, dry her tears again and again. 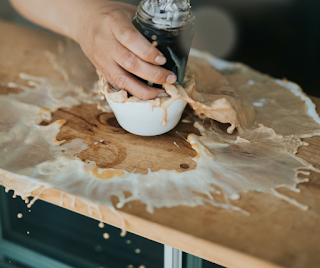 Our failings are often more serious than spilled milk. I understand this. But God is more than a human father.

Though we often think we have things under control and can handle them ourselves, we can’t. It’s beyond us, and it’s best we recognize that before we spill.

But like that girl in the grocery store, we are not alone even when we fail. Jesus paid the price. He cleans us up, forgives, teaches, provides for, and loves His daughters. And because He forgives us, we can forgive ourselves, too. Because of Christ, we can move on from the past and press on toward that to which we’ve been called. Though we’re fantastically human, we’re divinely loved.

Perhaps it’s best that there are so many reminders of how human we are. Perhaps last week’s spilled milk is a blessing because it reminds me that self-sufficiency is not the answer.

Christ invites us to come not as polished, accomplished, capable adults, but as children who listen to and obey their Father, trusting His perfection and His work in their hearts.

Praise the Lord, O my soul!
Do not forget all his kind deeds!
He is the one who forgives all your sins,
who heals all your diseases,
who delivers your life from the Pit,
who crowns you with his loyal love and compassion,
who satisfies your life with good things,
so your youth is renewed like an eagle’s.
Psalm 103:2-5, NET

Not that I have already attained this – that is, I have not already been perfected – but I strive to lay hold of that for which Christ Jesus also laid hold of me. Brothers and sisters, I do not consider myself to have attained this. Instead I am single-minded: Forgetting the things that are behind and reaching out for the things that are ahead, with this goal in mind, I strive toward the prize of the upward call of God in Christ Jesus. Philippians 3:12-14, NET

Self-sufficiency is not the answer. #Jesus invites us to come not as polished, accomplished, capable adults, but as children. #faith #redemption via @emilyrconrad