Choosing the Tree in the Corner

by emilyconrad@sbcglobal.net | Dec 1, 2016 | Choose Jesus, Choosing the tree in the corner, Christmas, Emily Conrad, faith, when the best is undererated | 8 comments 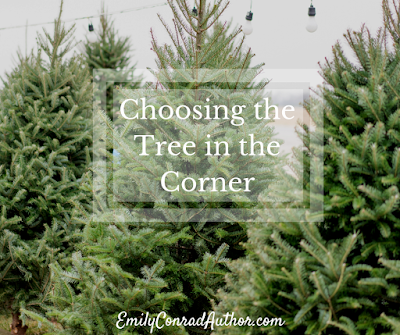 Timid, we approached the trailer parked at the edge of the Christmas trees. Its windows were papered over with notices about only accepting cash and check, about how much a bough or a wreath or a tree would set us back.

My husband, the loud one, spotted the attendant first and called out a hello.

He asked us what kind of tree we were looking for.

We exchanged a glance, neither of us wanting to fess up that, despite being in our thirties, we were novices. But knowing we’d be clueless if I didn’t say it, I found my voice. “We’ve actually never bought a real tree before.”

Without further prompting, the attendant graciously explained the lay of the land. “The first three rows are all Frasers. The needles last the longest. They’re like the Cadillac of Christmas trees. Then there’s the Balsam, pretty standard. The needles don’t last quite so long, are a little more prickly.”

He listed the prices of both, the fancy ones only ten dollars more than the standard.

So little to pay for something so long in the growing.

As an afterthought, he waved an arm toward a corner of the lot bordering the road and the edge of the property. “There are some white pines back there.”

An afterthought, but immediately, we saw the lovely long needles, unlike the short ones on the rest of the trees on the lot. These pines looked like large versions of the fake tree we bought when we lived in a tiny house.

But they were just an afterthought.

The needles must fall immediately. I bet those long ones are so prickly. 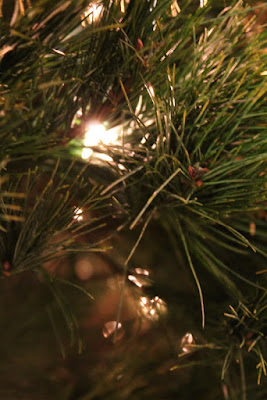 I stopped to touch the needles of the Balsam, circled back to see what the Fraser had to offer. “It’s like pit bull fur,” I said. “Short and stiff.”

Then my husband admitted what we’d both been thinking. “I kind of liked one. One of the white pines.”

I let my fingers drop from the dense needles of the best tree on the lot. We wove our way to the  corner where six white pines with bushy needles insulated the rest of the lot from the brunt of the traffic passing on the busy road.

Just six trees among one hundred others.

The long needles were soft, not aggressive, and the sides full and lush. After circling and falling in love, we admitted to the attendant that we wanted not the Cadillac, not the standard choice, but a white pine.

He warned us heavy ornaments would be problematic.

And then, as much of an afterthought as pointing out these trees in the first place, he told us white pines are the traditional Christmas tree.

That’s perfect. I like traditional. How much do we owe you?

Another ten dollars less than the standard trees. 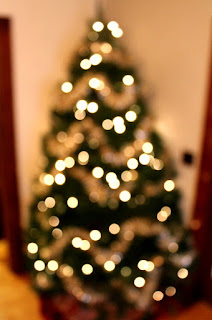 Every year, as a child, when me and my brothers and sister would unpack our ornaments and Christmas stockings, the decorations would smell like Christmas. Fresh but almost fruity, I never understood where the scent came from or how it stuck, year after year.

At thirty-three, I’ve learned the answer. It comes from the Christmas tree. Though we have yet to decorate our white pine this year, it’s flung the bright, pine and cherry aroma throughout our first floor, taking care of the invisible decorations, trusting that we’ll get to the lights and glitter eventually. 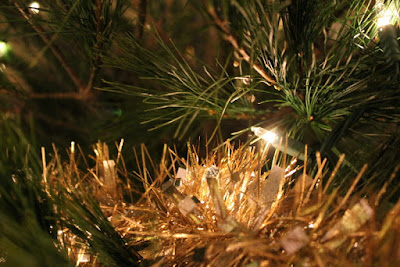 Like the scent sets the tone for the season in the house, I want the experience of shopping for this tree to set the tone for my mindset this season.

I want to internalize the truth that I really don’t need the luxurious, expensive best simply because that’s what the world tells me I should want.

I want to open my eyes and really see what’s beautiful in this world, though perhaps undervalued by the masses.

I want to raise my voice to claim it as my own.

When I’m warned off because maybe the world’s idea of a fun time won’t go with my choices, I want to insist.

The best isn’t always on display front and center. Many would sweep Jesus off into a corner of their celebrations, if they acknowledge Him at all. And even God chose not to send Jesus into a palace–front and center in the way humans might expect. He sent Jesus instead to a manger.

Sometimes, the best is off in a corner, emanating soft scents, beckoning those looking for more to seek, come, and find.

I want to open my eyes and really see what’s beautiful, though perhaps undervalued by the masses via @emilyrconrad #Christmas #givemeJesus

Photo credits
Title image photo by carolyn christine on Unsplash, graphic created on Canva.com
All other photos, my own