Choose the Best of What a Busy Day Offers You

by emilyconrad@sbcglobal.net | Oct 12, 2017 | busyness, Choose the best of what a busy day offers you, Martha and Mary, prioritizing | 6 comments 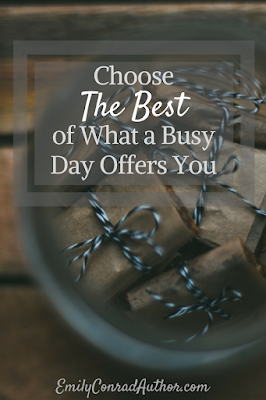 I spoke at a conference last weekend. My Justice galley is due tomorrow. A house guest is coming for the weekend. I need to prep blog posts. I need to clean. I have had a busy couple of weeks, and the fun isn’t over yet.

As I think about the to-do list that daunts me, I remember Martha and her bustling work, and Mary, who sat and listened and whose choice was defended by none other than Jesus Himself.

We’ve all heard the story many times, and, to be honest, it’s a little frustrating.

There is so much work to be done. The same Bible that contains Mary and Martha admonishes us to serve. Wouldn’t doing what Mary did be the equivalent of reading our Bibles all day and finishing none of our other responsibilities? Wouldn’t that be irresponsible?

Yet this attitude puts me on the opposite side of the situation from Jesus, and that’s a dangerous place to be.

So, I look again at the familiar story.

She had a sister named Mary, who sat at the Lord’s feet and listened to what he said. But Martha was distracted with all the preparations she had to make (Matthew 10:39-40a, NET)

Distracted. Martha was distracted. That implies to me that she knew she was supposed to focus on Jesus’s teaching the way Mary did. She meant to listen to Him, to spend time with Him. She really did.

But, oh, she’d forgotten to baste the chicken. And oh, look at that cobweb. And the dog tracked what into the house?
Are these examples Biblically accurate? Um, no. But you get the idea.

I get the idea.

Because when I sat down to read my Bible this morning, Facebook beckoned. When I chose to pray through an acrostic prayer this morning (ACTS – adoration, confession, thanksgiving, supplication), I had to fight to not pause and write a list of everything I have to do today. And typing that out reminds me I still haven’t written said list. I’ll resist a little longer, but don’t think I’ve won this battle yet. When I started to write this post, I put my thoughts on hold to move a houseplant to make our guestroom more homey. I also started a load of laundry.

I’m back now, though, and this far into the post, I’m convicted that distraction isn’t the answer. I may feel like I’m getting more done if I’m running around like that, but when my focus is divided, I don’t allow for the depth of thought I need to do my job well.

I heard my mom speak on Martha and Mary. Her big take away was that when “all the preparations” beg to be done, we must focus on one thing. Just one thing at a time. The most important thing.

But the Lord answered her, “Martha, Martha, you are worried and troubled about many things, but one thing is needed. Mary has chosen the best part; it will not be taken away from her.” (Matthew 10:41-42, NET) 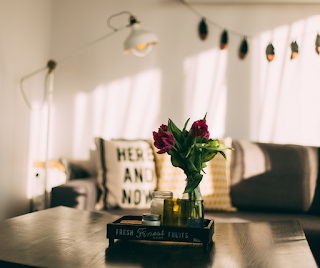 What is that most important thing? How do we recognize it in our to-do lists?

It’s the thing we intend to do when we set out, not the distractions.

Martha set out to listen to Jesus, but was distracted, much like I was this morning. I persevered–imperfectly, but in a way that I hope has strengthened my ability to focus for next time.

After that, a new “one thing” rose to the forefront: writing a blog post. So, here I am.

This “one thing” mindset is an ongoing battle. And like all battles, it takes some strategy. Focusing on just one thing at a time has meant identifying and shutting down known distractions.

I limited my dogs to a room that doesn’t afford them a view of the squirrels in the yard or the walkers on the sidewalk.

I deleted an email from a blog I subscribe to without looking at it. Normally, I save them until I can at least take a peek, but today, I simply cannot afford it.

I decided against refilling my tea while finishing this post, because I know the distraction will interrupt my train of thought. 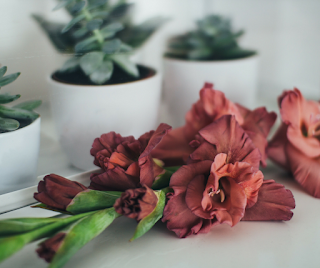 Sitting here like this, writing to you, is a small act of faith performed in belief that there will be enough time. Each task we take on wholehearted and whole-minded says to the noise, Enough! There is time for the best today, and I’m going to take it.

Prioritizing is still important. As we choose each new “one thing” to focus on, we must ask Jesus again and again to show us what the “best part” is for us right now.

This way, though we may not be able to look back at the end of the day and say we got it all done, we will have chosen the best of what the day offered.

And now, onto the next thing. After I refill my tea, of course.

Overwhelmed? Work with Jesus on one thing at a time, wholehearted, whole-minded via @emilyrconrad

Photos by Daiga Ellaby on Unsplash, text added on Canva.com