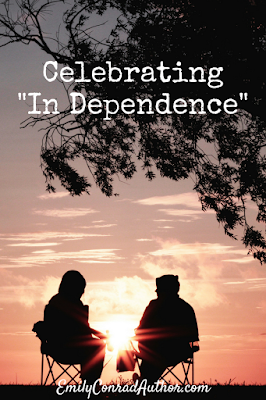 This morning is a gift I needed but didn’t expect to receive. I am sitting at a table on my patio, sun washing through the neighbor’s five-story-tall pines to glow across my Bible, my wet gardening gloves, the corner of my keyboard, and my wrist.

The request for time like this started when I told my husband I wanted to unbury the patio table from its winter storage space. “Not today, but soon,” I said.

That night, instead, we’d made plans to hike, so hike we did, though we encountered so many mosquitoes it was funny. (I don’t like mosquito bites, so this takes takes A LOT of mosquitoes.)

The next night, we helped a couple from our church with their dog, who had been attacked. They, too, needed help I’m not sure they really expected to receive, but we’ve been in similar situations, and so we jumped at the chance to get involved.

Besides, if members of the church can’t live in dependence on each other, who can? As Christians, we are supposed to be known for how we love.

So, when the owners were unable to take their dog in for veterinary care, we gladly did it for them. Because dog bites and police reports and emergency vet visits rarely happen at opportune times, we spent the very first minutes of Independence Day sitting in a little exam room with a sleepy dog, waiting for a treatment plan.

The patio table stayed buried.
About twenty hours later, the evening of the Fourth of July, my brother arrived at our house early for a family campfire, and he helped us prepare for guests. Adam asked him to bring out the patio table.

My brother lifted it overhead in a way I never could’ve and walked it right out on the patio. “Where do you want it?”

A gift I’d wanted, asked for, but hadn’t expected to receive quite yet.

It was Independence Day. In honor of practicing independence, I could’ve wrestled that table out myself (maybe), but I’d like to think that letting someone else do the heavy lifting is healthy dependence. After all, I, too, like to be depended on for that which I can accomplish more easily than others can accomplish for themselves. Things God has specifically skilled me to do. Things like taking an injured dog for care when the owner can’t.

When we live in dependence on each other, it’s a gift for both the giver and the receiver.

So, I pointed my brother and the table to a corner of the patio.

But by that time, I had other needs, too. Though I was happy to do it, the late-night vet visit and an unexpectedly early morning on July 4th had left me feeling like a lump on a lawn chair all day.

By the time the patio table made it out of storage, I’d realized that the fifth of July wouldn’t be more restful than the third or fourth had been. The fifth of July would bring a vet appointment for my own dog, and both before and after that, I had another commitment that meant I needed to wake before six and be on the road shortly after. 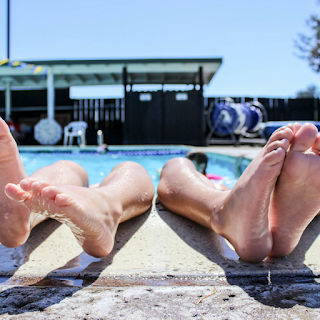 Though I needed a chance to catch up on the rest I’d missed, I didn’t see how I might have that opportunity. Like the patio table, I knew what I wanted, but that I wouldn’t get it immediately. Not today, I thought, but soon.

I made it to bed early and slept soundly through the pops and flares of Independence Day celebrations. My 5:30 a.m. alarm didn’t feel as bad as I’d feared it would.

In usual style, I headed toward the highway a few minutes later that I should’ve. Just a block from the on ramp, phone screen lit up. There had been a change of circumstances; I didn’t need to come. I had the option of going back to sleep.

Instead, I decided to make the most of the morning. I spent it in the yard, mostly at the patio table. I’ve been reading and thinking and writing, activities that actually seem to come more easily for me when I’m just the right amount of sleepy.

I’m too tired to be distracted, I say to explain why I sometimes draft novels from about 10 p.m. to 2 a.m., but there’s more to it than that. When I’m a certain kind of tired, I let some of the filters go. I feel more, so I write more, and this kind of writing brings an energy to my life I get no other way. It’s a kind of rest I’d hoped for not today, but soon. 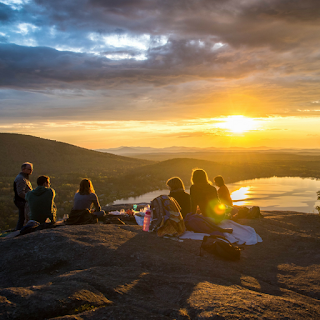 Though I didn’t specifically ask Him for this gift, I recognize as I receive it that I live in dependence on God. This morning has been like watching Him easily lift from storage the very thing I need.

My plans being cancelled and the patio being ready for a work session and my mind being in just the right place–these are all beyond my control. God carried the load out and plopped it right where I needed it.

I’m grateful for my nation, its independence and the freedoms it offers me, but in individual lives, it’s the dependence that strikes me in the aftermath of my own 4th of July experience this year. I live in dependence on others, and they live in dependence on me. And all of us together are dependent on our Creator, who spoke into being everything we could never have muscled into existence: our earth, our nations, our families, our redemption, our salvation, our unplanned quiet patio mornings on this, the 6th of July, yet another happy dependence day.

We are dependent on our Creator, who spoke into being all we could never muscle into existence-via @emilyrconrad