Believing in a Just God Despite Difficult Circumstances

In celebration of the paperback release of Justice this month, I invited some of those who read Justice to share their thoughts here. Rather than book reports, these posts take some of the themes of Justice and explore them as they apply to life outside the book. I hope you’ll find these posts encouraging, whether you’ve read Justice or not. 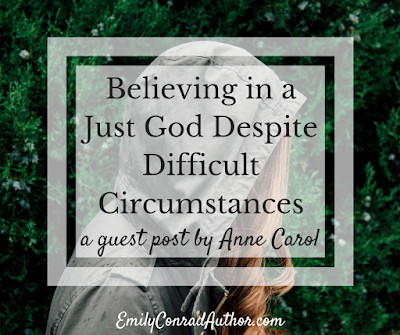 I am not the most confrontational person. As a child, I let people walk all over me, because I was too afraid to assert myself. The anger that built up inside would erupt later when I’d arrive home, and typically my family (or pillow) was on the receiving end. Growing up “passive-aggressive” meant putting up a front, while wishing I had the guts to defend myself. To this day, I struggle with being assertive. Yet, despite this, I’m a big believer in justice and fairness.

In reading Emily Conrad’s debut novel, Justice, my emotions were tugged in so many different directions. The situations in the story were tough to swallow: Brooklyn’s brutal assault, Jake’s harassment by another business owner, and both becoming victims of unfair gossip. Honestly, the things these characters went through made me mad. How could anyone still trust God while suffering such ordeals?

Personally, I haven’t had to face anything as terrible as these characters, but I’ve been through challenging seasons. Currently, I’m rebuilding my author platform after transitioning from general market romance to Christian romance. It has not been easy, and there have been moments I’ve cried out to God, asking Him why He allowed me to take this rough journey. Why didn’t I just start off writing Christian fiction? It would have been so much easier. But that wasn’t His plan, and I have to accept that.

Brooklyn probably wondered why God didn’t protect her from her attacker. Why did He allow this to happen? I wondered this myself as I read Justice. What happened to her is beyond my comprehension, yet her faith held up during the aftermath. Yes, she wrestled with questions and doubts, but considering what she went through, she handled the ugly situation with grace.

Jake, on the other hand, in reaction to Brooklyn’s assault and in dealing with a corrupt business owner, became obsessed with justice and revenge. It’s a human reaction. I couldn’t blame him. But I love what his mother said in a conversation with Jake: “…God’s logic is not our logic.” And later, “God loves justice. Even more than you do. Trust that…Leave being God to God.” 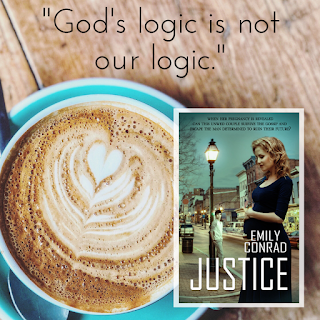 Amen to that. In all circumstances, good or bad, we need to surrender everything to God. Justice, by human logic, likely means something different than justice by God’s logic. Whether you’re a victim of someone else’s cruelty or you’ve created your own mess, trust God with the details. And trust that He’s a good God, not intending harm for you.

Maybe this doesn’t always make sense, but it’s a truth I cling to when I don’t understand “why”. Whatever you’re going through, let God be God and allow Him to walk with you. Talk to Him, tell Him how you feel. 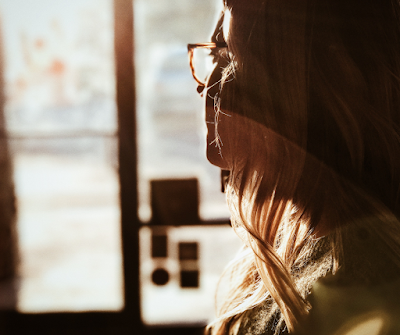 I wish I understood this concept years ago as a young girl. Instead of coming home and unloading on my family, I would’ve expressed my dark feelings to God. But I can’t change the past, I can only move forward and share what I’ve learned with others.

I hope you get a chance to read Justice. It’s a thought-provoking story with themes of forgiveness, redemption, hope, and surrender. You will not be disappointed! 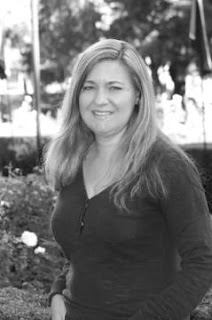 Anne Carol grew up reading, writing, and listening to English rock bands. At age twelve she penned her first novel, a love story involving a budding rock star. Thirty years later, Anne self-published the story as the first book of her Faithfully Yours series. She will soon pen the final installment of her series and is eager to see how God will direct her next steps. A native of Northern California, Anne is married and has two teenage sons. 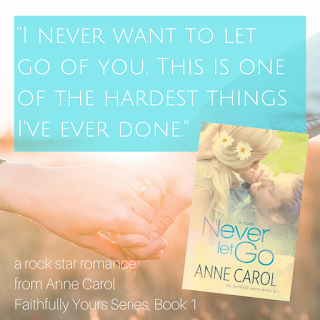 Is it possible to find your soul mate on the other side of the world?

Beth Johnson is an ambitious high school senior from suburban California with a secret passion for writing. David Somers is a charming young Englishman who wants nothing more than to play guitar in his up-and-coming rock band. Though worlds apart, when fate brings Beth and David together in London in the summer of 1979, sparks fly. After Beth receives upsetting news from home, she finds herself drawn to David’s warm character, and an all-consuming love develops. Theirs is the kind of love one never forgets, and as Beth’s stay in London nears the end, the young devoted couple must face the inevitable question: will their romance fade with the passing of summer or will they realize their promise of never letting go?

There will be four books in the Faithfully Yours series, all four featuring Beth and David, as their love story takes many twists and turns over the two decades the series will span. Come along on their journey and see how they gradually deepen their faith in the One who holds them up in good times and bad.

Currently only 99¢ on Amazon!

“Whatever you’re going through, let God be God and allow Him to walk with you. Talk to Him, tell Him how you feel.” @AnneCarolAuthor #justice #hope #encouragement @emilyrconrad

Justice is available in e-book or paperback from Amazon, Barnes and Noble, and Christianbook.com.