Beauty Rewrites: Why I’m Not Afraid of Aging Anymore 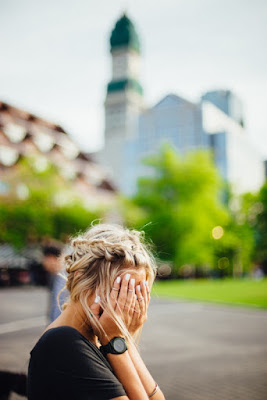 In high school, I sort of thought having gray hair would be cool. It might’ve been because of this verse:

Gray hair is a crown of glory; it is gained in a righteous life. Proverbs 16:31, ESV

Who doesn’t want a crown of glory?

On a less noble level, my interest in gray hair may have been because of watching cartoons as a kid where one superhero had gray/white hair (despite being a young, beautiful woman) and other had a streak of white (again, despite youth and beauty).

More recently, my hair stylist laughed when I told her I wasn’t coloring my hair because I was waiting until I needed to. My mom went gray early, and I feel obligated to enjoy my light brown as long as it holds out. Even though I wouldn’t mind becoming a dark brunette or a redhead for a while. Coloring my hair is just one more thing to look forward to when gray hair arrives (added to the list of becoming a superhero with a crown of glory).

Christina Hubbard’s experience with gray hair is different from mine. In today’s Beauty Rewrites post, she shares: I got my first gray hair at 27. Yes, I remember exactly where I was and what I was doing. I was playing on my parents’ deck with my daughter who was not even 2. That day I was horrified with the wiry reality sticking out from my crown like it was a bug antennae: I was aging. 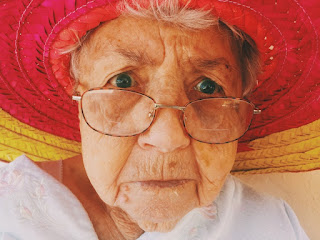 The fact that I somehow have been blessed with a playful view of gray hair has not inoculated me against having that same realization. For me, the biggest telltale sign is the way my skin crinkles, especially around my joints. I look at that skin and I know. I’m getting older. My time on earth is passing.

Each of us must come to terms with this, or we’ll be locked in a hopeless battle against the clock.

Where some women battle age with beauty treatments, I took a slightly different approach.

When I turned thirty, I bolstered my spirit by choosing to believe I had reached enough significant milestones to say I had made good use of the time. I had landed the job I wanted. I had a certain amount of financial stability, a good marriage, decent progress in my writing career.

Accomplishments really only fight aging the same way a beauty treatment does. Both are all about outward appearances. They’re shallow. They look good on the surface but don’t penetrate the soul.

But we don’t have to be afraid of or fight the aging process. Not with a bottle of hair dye, not with a gigantic mental trophy case.

That verse from Proverbs doesn’t say we get the gray-haired crown of glory from worldly success of any kind.
We get it by living a righteous life.

That sounds so much quieter, so much more peaceful, so much more fulfilling than grabbing for everything we can in the few years we have.

Living righteously means I am free to sit at the feet of the God who loves me. I need not worry about failing at the world’s games. I do not have to earn my own way or fight my own battles–I am righteous only because of Jesus Christ. I must cling to him because he, and not my accomplishments, is what makes my life worthwhile.

And in the end, when this life is over, Jesus himself will be my ultimate reward.

Over on her blog, Christiana builds on this with her perspective on why she’s no longer afraid of aging, and it’s good, good stuff. I hope you’ll hop over to find out what she has to say.

Are you afraid of aging? If not, why? 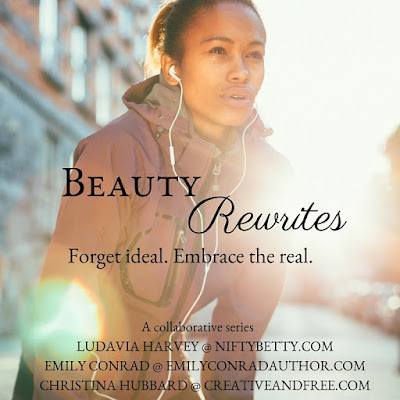 PS- Can you believe summer is aging, too?? I’m sad to say this Beauty Rewrites series is almost over. I’ve learned so much from Christina Hubbard of Creative and Free and Ludavia Harvey of NiftyBetty, and I hope you have, too. If you’ve missed any of the posts, check them out here. And stop by next week for the *sniff* final installment.

Why I’m not afraid of aging anymore via @ChristinaHubs @novelwritergirl