4 Ways to be Patient for Long Haul

David, the youngest of his brothers whose own father didn’t bother to call him in from the fields when  asked to gather his sons, was one day summoned from his work with the sheep and anointed king of Israel.

At that point, we’d expect the shepherd’s life to drastically shift, but in 1 Samuel 16, after Samuel anoints David, the narrative returns to Saul. David hasn’t moved into the palace. He hasn’t staged a coup. There haven’t been any big parties or parades or robes or crowns for this country boy. Instead, it seems life has continued for him as usual.

For years, I’ve been acting on the belief that God has called me to be a writer. I am a writer, but not yet in the way I hope to someday be. My dream is to have a novel published, but I’m waiting. I’m trying to help others, and I’m letting others help me. I’m trying to live faithfully and in belief that though this story hasn’t gone the way I expected, my journey is good and it is guided by a God who will have his way in my life, and more importantly, in my heart as I remain faithful to him. But it’s hard, of course, and I don’t always get it right. Sometimes, I feel like the dream rests on my shoulders, like it’s my responsibility to make it happen or like the twists in the path are going in circles rather than leading me forward. Maybe your dreams feel this way, too?


1 Samuel 16 offers us some practical insight into how to live faithfully during an unexpectedly long wait for a dream-come-true:

Even as a shepherd, David lived in such a way that others spoke well of him saying, “I have seen a son of Jesse the Bethlehemite, who is skillful in playing, a man of valor, a man of war, prudent in speech, and a man of good presence, and the Lord is with him” (1 Sam. 16:18, ESV). The reputation is how God brought him to the palace.

Rather than trying to finagle his own way into the palace, David waited obediently from a distance. Someone else praised him to Saul, who then sent for him.

When David did go to the palace, it wasn’t for the glory of holding some office or for the task of learning to take over the country. He went to play an instrument because the acting king had a weakness: he was being tormented by a harmful spirit. Saul didn’t even know David was to replace him.

I can’t imagine how hard the wait must’ve been for David to respectfully serve a faulty king, knowing that someday the throne would be his. But he faithfully and humbly served the king, still waiting for God to work on his behalf.

Put God before the dream.

I doubt David could’ve served Saul but for one thing. Right after David was anointed, 1 Samuel 16:13 says that “the Spirit of the Lord rushed upon David from that day forward” (ESV).

From that day on, David had something better than any kingship. He had the Spirit of the Lord with him, and armed with that, he was able to honor God in his wait for the external changes in his life to come. 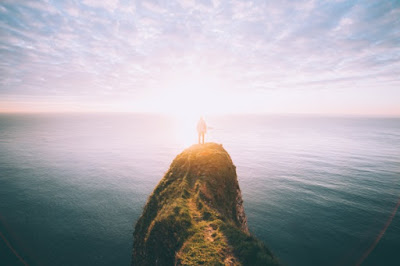 May we follow his example as we each wait. Instead of pursuing our dreams at any cost, let’s draw close to the Spirit of the Lord, valuing that more than earthly goals and allowing God to work on our behalf when and how he sees fit. Let’s humble ourselves to do the work God has placed before us, trusting that in his time and his way, He will exalt us.

Humble yourselves, therefore, under the mighty hand of God so that at the proper time he may exalt you (1 Peter 5:6, ESV)

What dreams are you waiting for? Have you watched someone be rewarded for their faithfulness during a long wait?